“I do not love the bright sword for its sharpness, nor the arrow for its swiftness, nor the warrior for his glory. I love only that which they defend.” – J.R.R. Tolkien 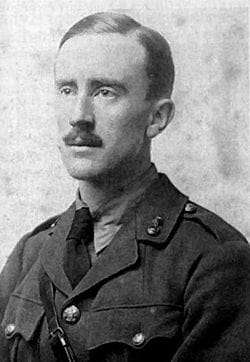 John Ronald Reuel Tolkein, CBE (01/03/1892 — 09/02/1973) was an English writer, university professor, poet, and philologist. J.R.R. Tolkein was best known as the author of The Hobbit and The Lord of the Rings. In the days leading up to World War II, he was earmarked as a codebreaker and in January of 1939 he was asked, in the event of national emergency, if he was prepared to serve in the cryptographic department of the Foreign Office. He confirmed his willingness to serve and began taking an instructional course at the London HQ of the Government Code and Cypher School on March 27, 1939. While he was willing to serve, he was informed in October that his services wouldn’t be required and ultimately he never served as a codebreaker.