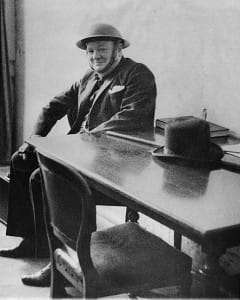 Sir Winston Churchill (11/20/1874 — 1/24/1965) was a British politician and statesman who was known for his leadership during WWII. He is regarded as one of the great wartime leaders and served as prime minister from 1940-1945 and again from 1951-1955. Churchill was well known for his speeches, which were a great inspiration to the British people, as well as to the Allied forces. Upon his death, the Queen granted him the honor of a state funeral which saw one of the largest assemblies of statesmen in the world.