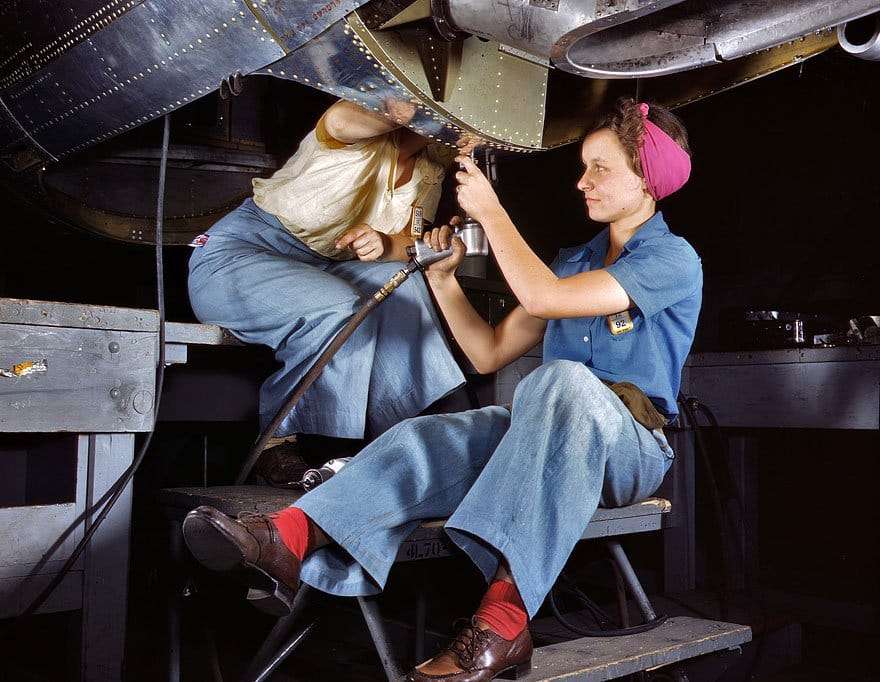 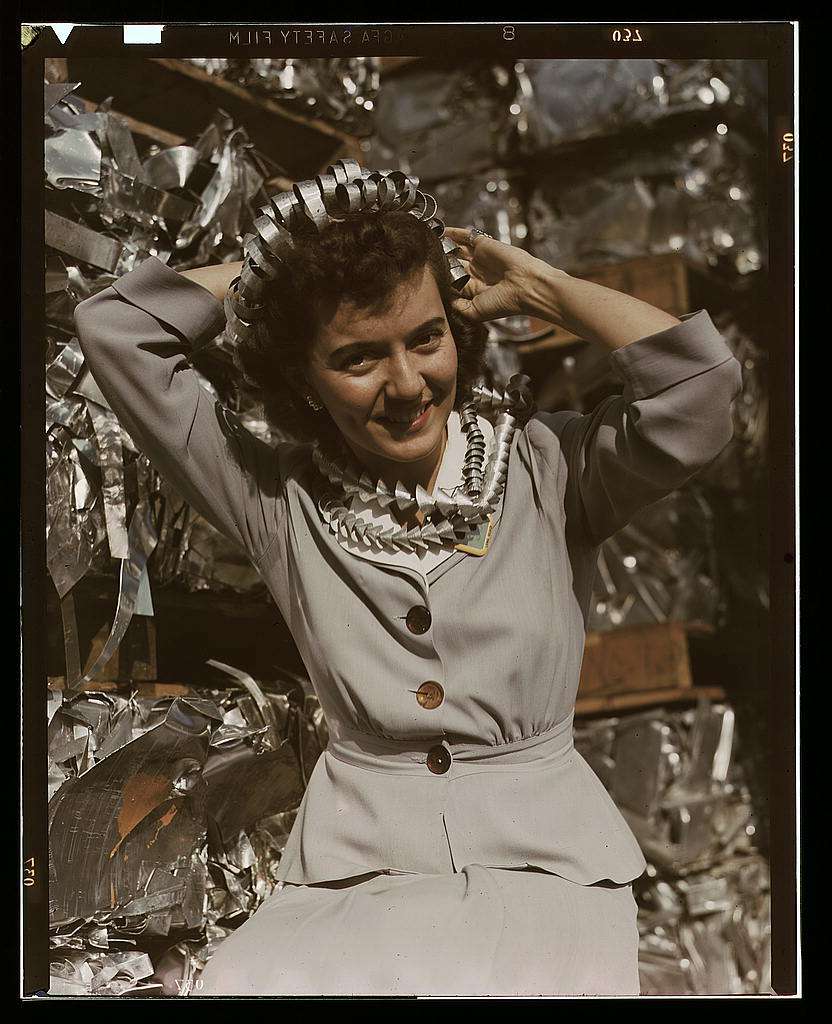 Part of the cowling for for a B-25 bomber is assembled in the engine department of North American Aviation’s Inglewood plant. 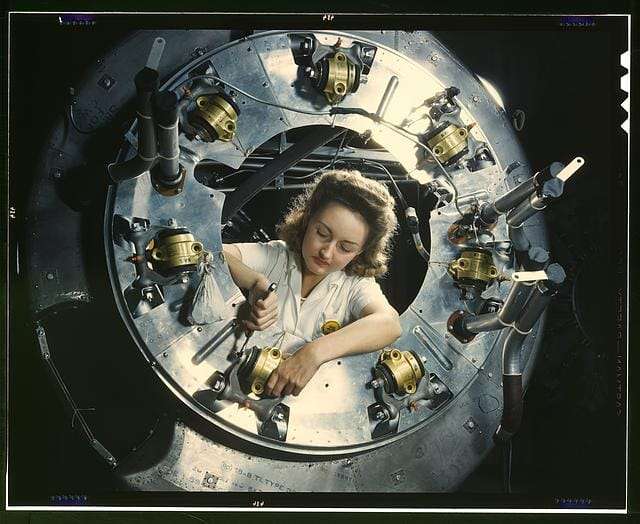 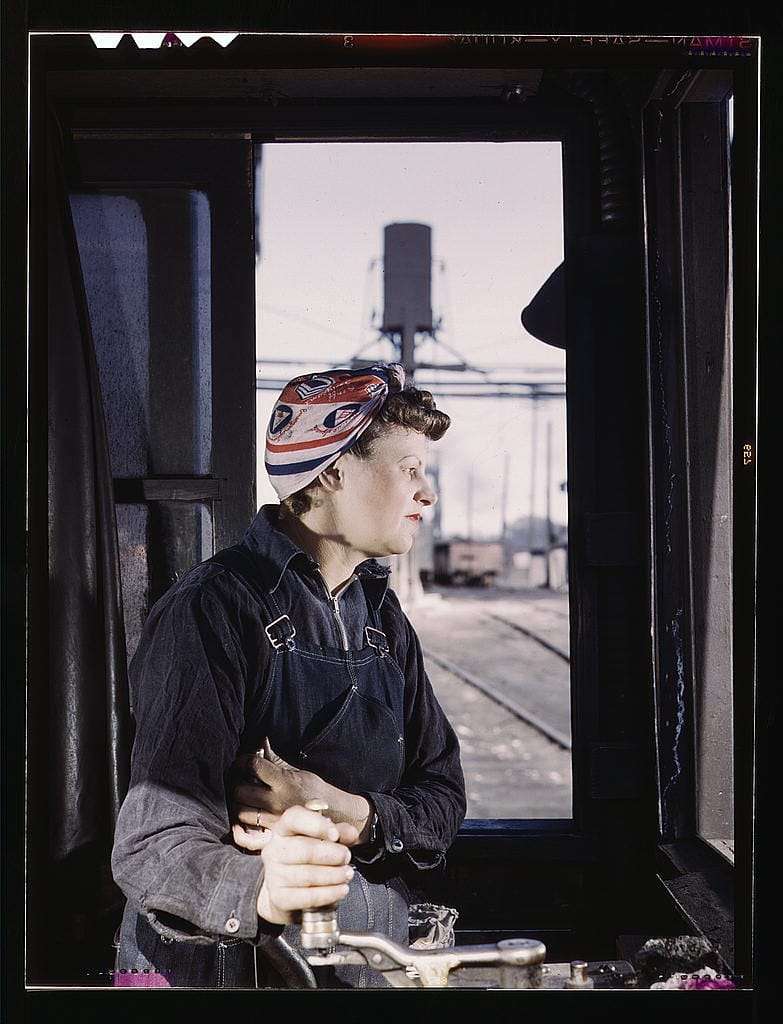 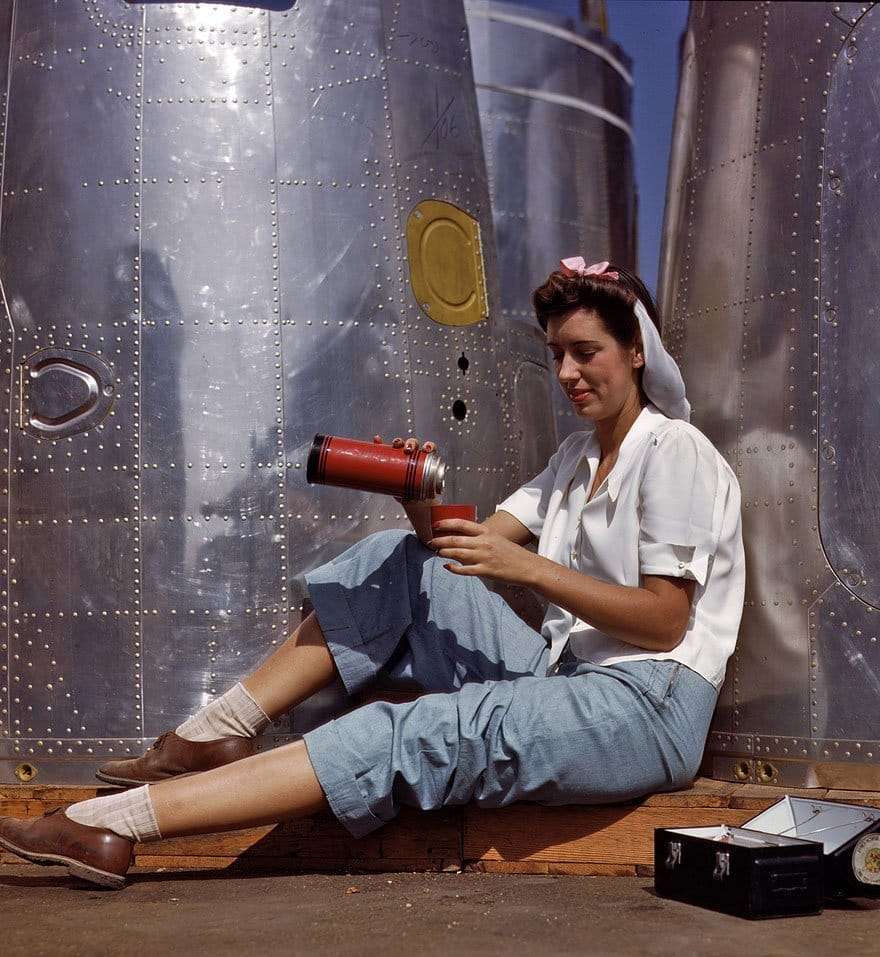 Frances Eggleston,23, from Oklahoma working on the nose of an airplane. 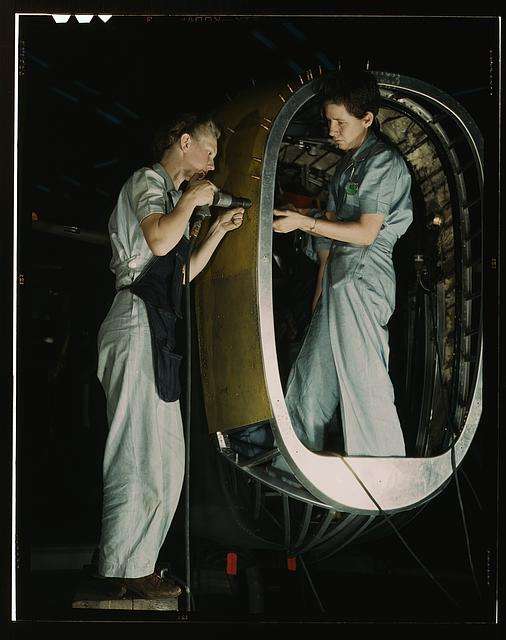 Mary Louise Stepan, 21, used to be a waitress. She has a brother in the Army Air Corps. She is working on parts in the hand mill. 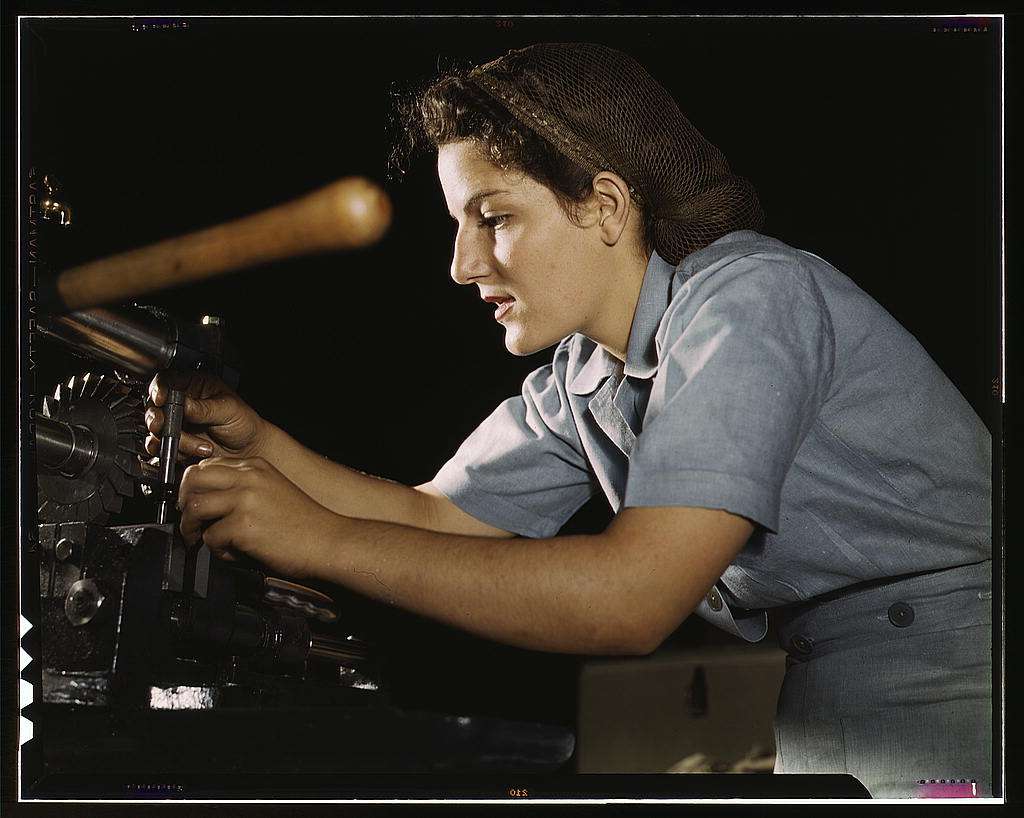 Operating a hand drill at Vaultee-Nashville, woman is working on a Vaultee Vengeance dive bomber at the Nashville Tennessee plant. 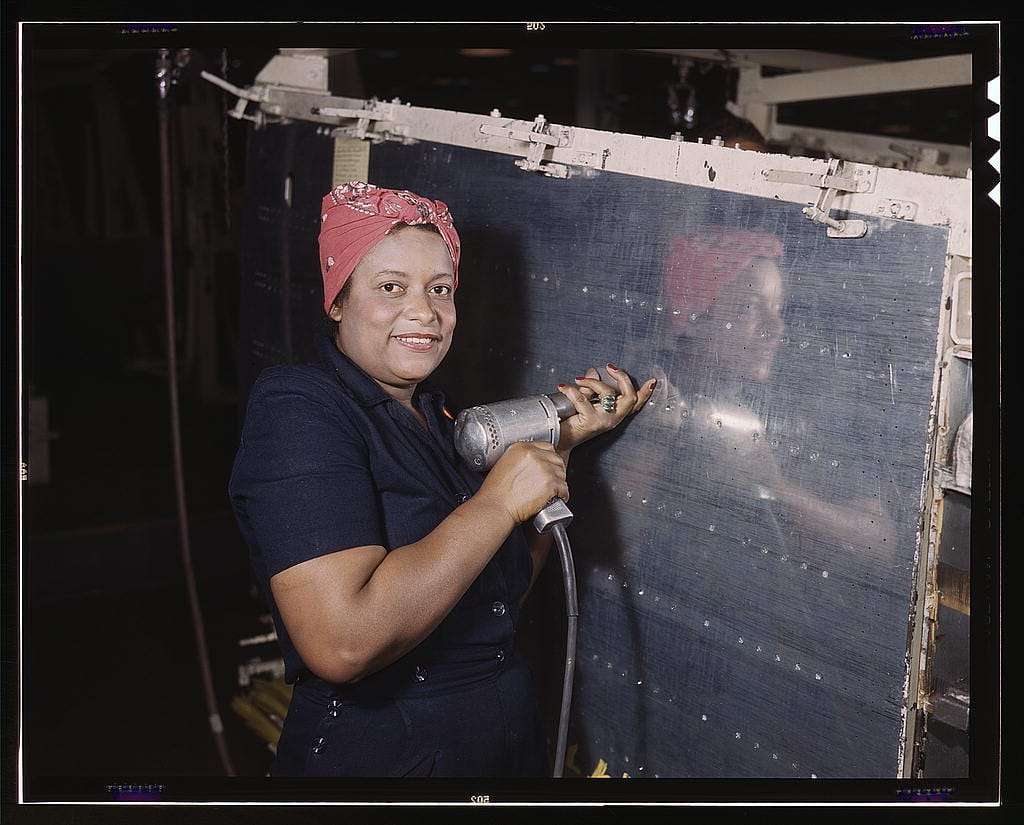 Rosie the Riveter hard at work. 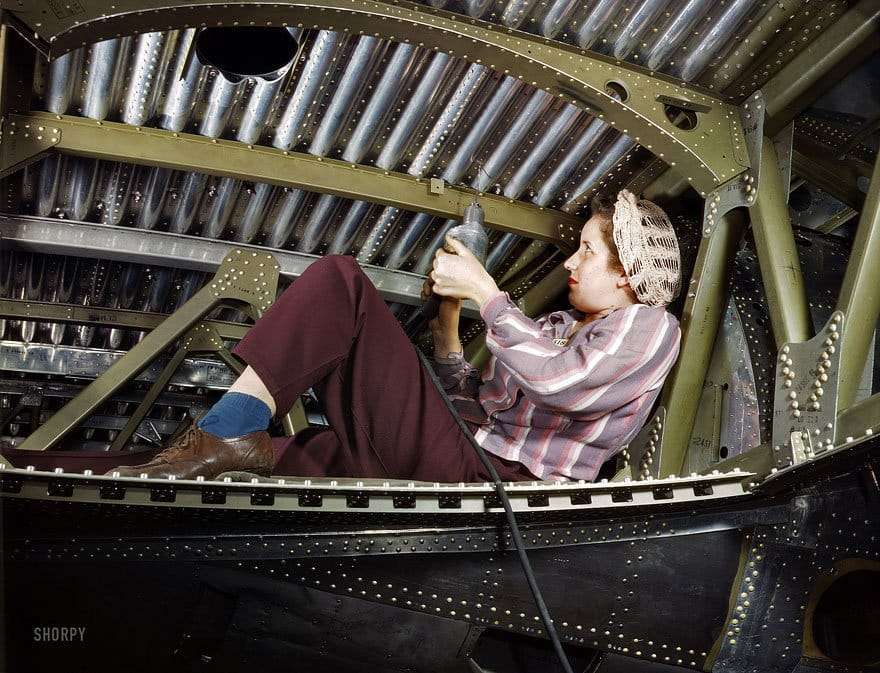 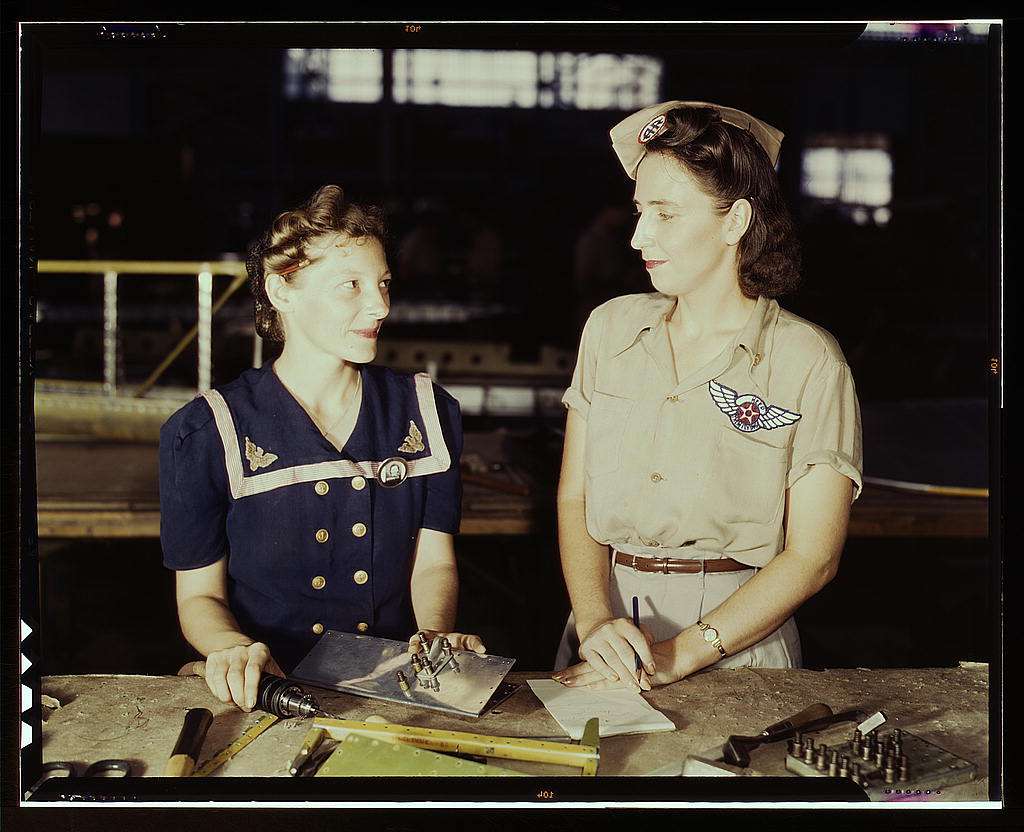 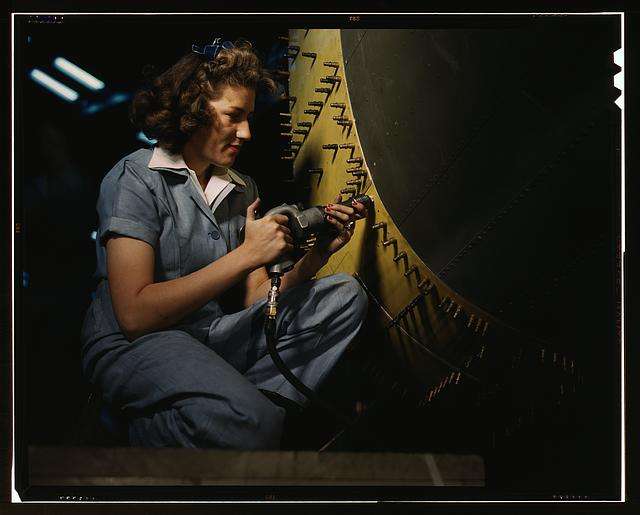 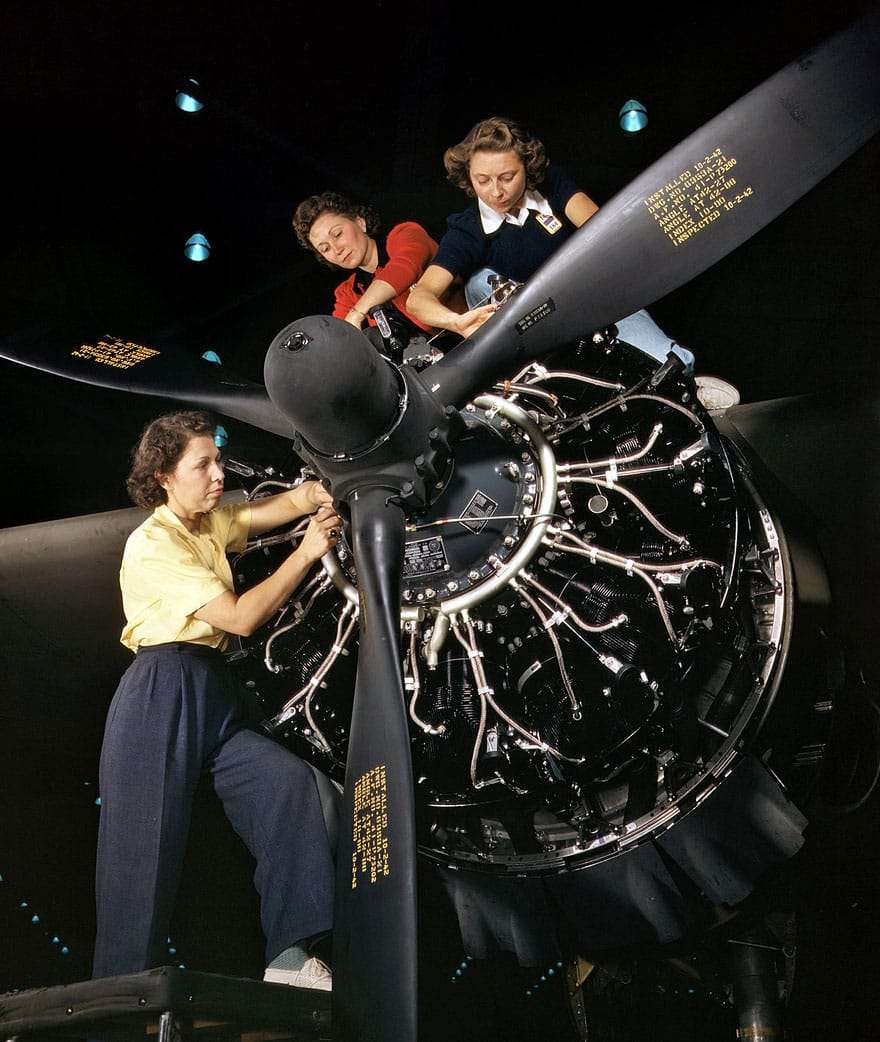 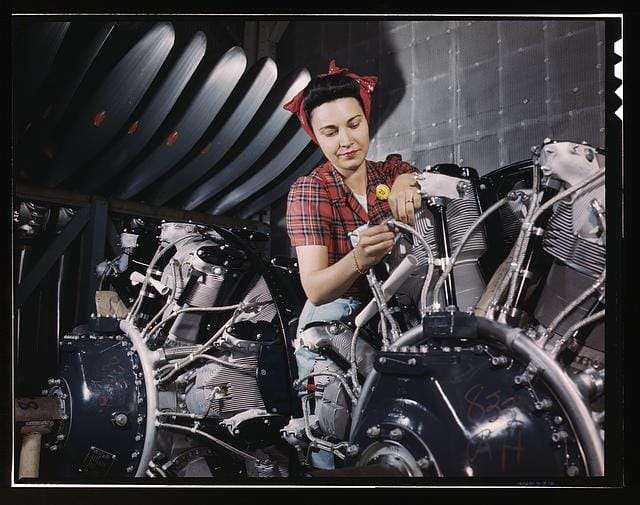 Rosie having lunch on their lunch break. 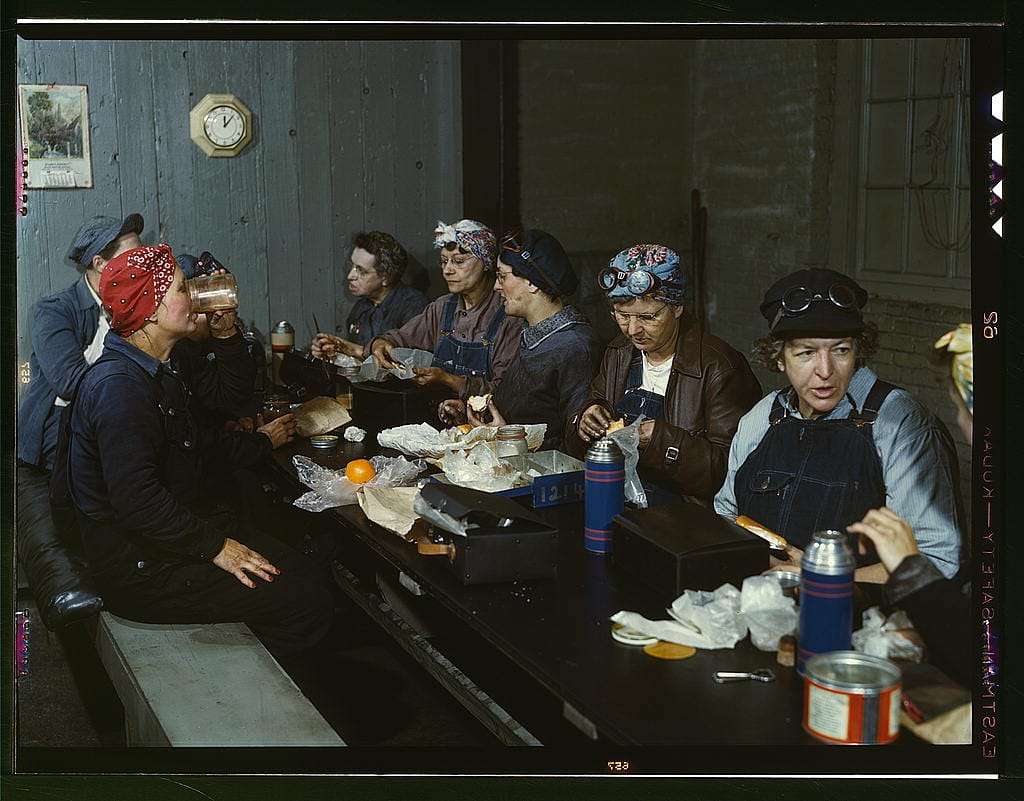 Rosie riveting the tail section of an airplane. 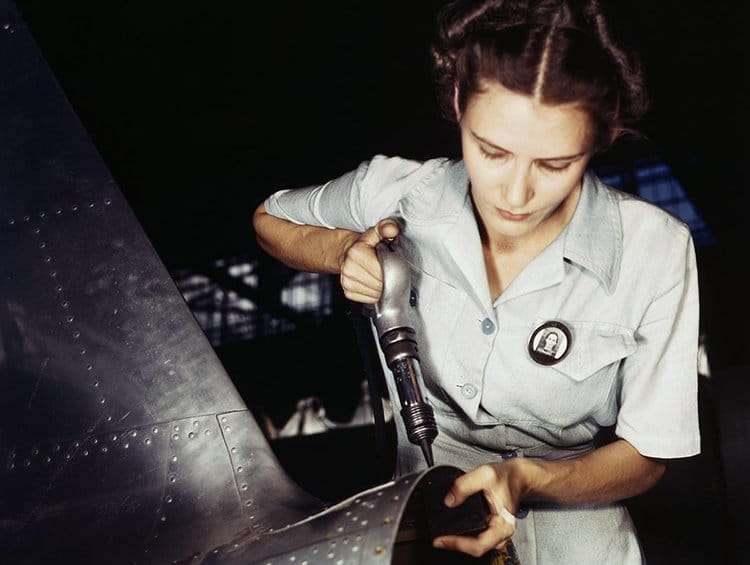 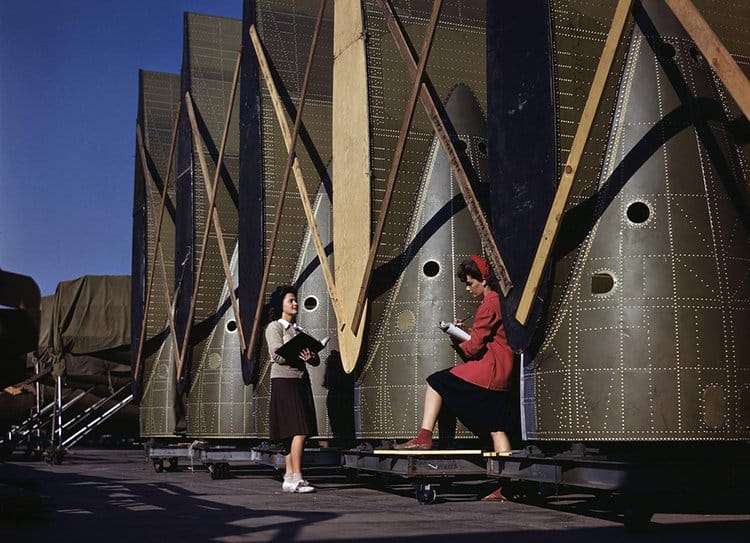 ALL PHOTOS LIBRARY OF CONGRESS.