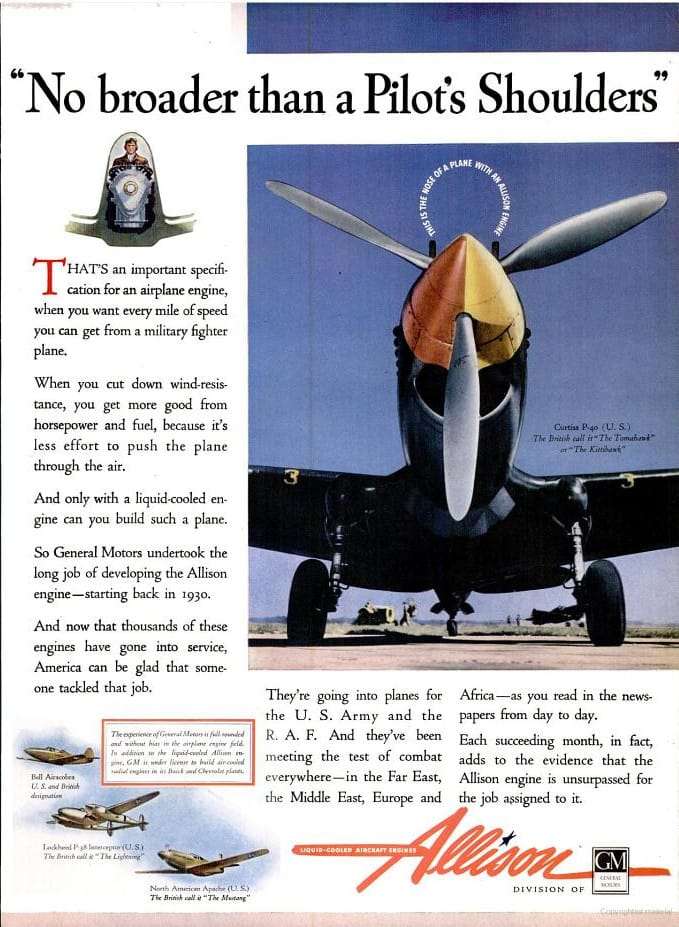 That’s an important specification for an airplane engine, when you want every mile of speed you can get from a military fighter plane.

When you cut down wind-resistance,  you get more good from horsepower and fuel, because it’s less effort to posh the plane through the air.

And only with a liquid-cooled engine can you build such a plane.

So General Motors undertook the long job of developing the Allison engine–starting back in 1930.

And now that thousands of these engines have gone into service, America can be glad thatÂ someone tackled that job.

They’re going into planes for the U. S. Army and the R. A. F. And they’ve been meeting the test of combat everywhere–in the Far East, the Middle East, Europe and Africa–as you read in the newspapers from day to day.

Each succeeding month, in fact adds to the evidence that the Allison engine is unsurpassed for the job assigned to it.

Check out these other WW2 Posts: