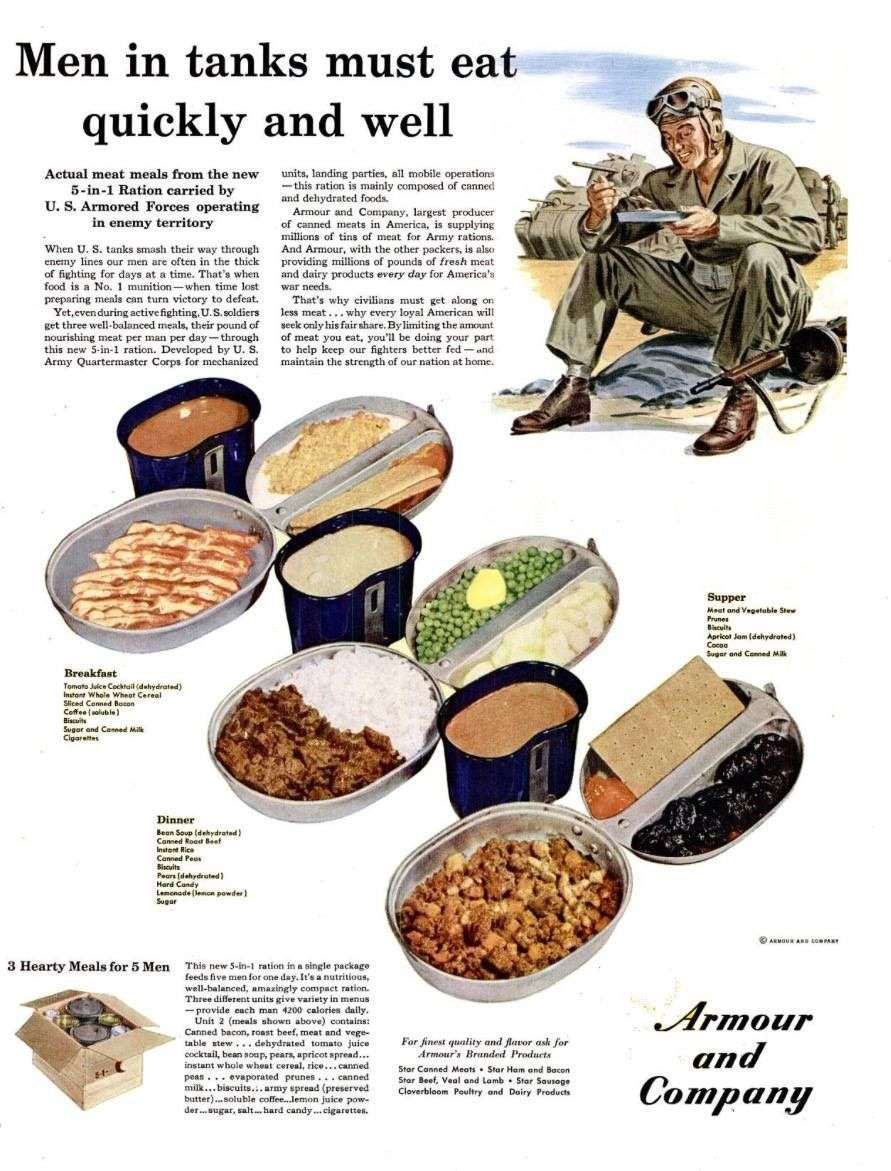 Men in tanks must eat quickly and well

When U.S. tanks smash their way through enemy lines our men are often in the thick of fighting for days at a team. That’s when food is a No. 1 munition — when time is lost preparing meals can turn victory to defeat.

Yet, even during active fighting, U.S. soldiers get three well-ballanbded meals, their round of nourishing meat per man per day– through this new 5-in-1 ration. Developed by U.S. Army Quartermaster Corps for mechanized units, landing parties, all mobile operations — this ration is mainly composed of canned and dehydrated foods.

Armour and Company, largest product of canned meats in America, is supplying millions of tins of meat for Army rations. And Armour, with the other packers, is also providing millions of pounds of fresh meat and air products every day for America’s war needs.

This new 5-in-1 ration in a single package feeds five men for one day. It’s a nutritious, well-balanced, amazingly compact ration. Three different units give variety in menus–provide each man 4200 calories daily.

Checkout out these other WW2 Posts