Where does the name “D-Day” come from, and how D-Days were there?.

What is the actual meaning of the D in D-Day?.  A popular view in France is that it stands for disembarkation or debarkation, referring to the invading Allied troops disembarking from their landing craft. Another, more romantic, explanation is decision, deliverance or doom. None of these are the true meaning of “D-Day.” 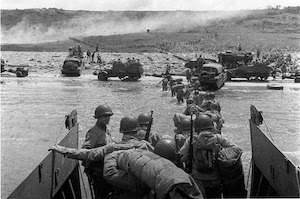 In 1964 the former Supreme Allied Commander and President Eisenhower was asked what “D-Day” meant. President Eisenhower’s executive assistant Brigadier General Robert Schulz,  responded, writing  “General Eisenhower asked me to respond to your letter. Be advised that any amphibious operation has a ‘departed date;’ therefore the shortened term ‘D-Day’ is used.” 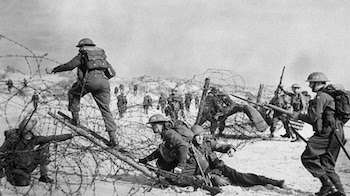 “Departed date” comes from a rather authoritative source but it still doesn’t paint a complete picture. Schulz’s statement might have reflected how the phrase was understood specifically during the planning of amphibious operations, however, the historical use doesn’t seem to fully support the claim.  It appears, the U.S. military first used the term D-Day on September 7, 1918, during the World War I, referring to a planned attack: “The First Army will attack at H hour on D day with the object of forcing the evacuation of the St. Mihiel Salient.” The attack on the German-held area protruding into French lines started on September 12 and was the first and only offensive of the war launched entirely by American troops. Catching the Germans mid-retreat and with their artillery out of position, the battle saw the First Army victorious, thanks in part to the exploits of then-Lieutenant Colonel George Patton. 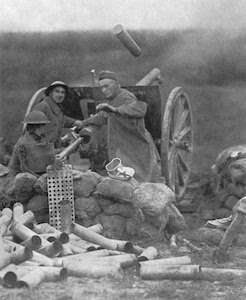 A brief anecdote about this first D-Day is in order. During the battle, Patton happened to meet Brigadier General Douglas MacArthur, another officer who reached the apex of his fame in World War II, on a hilltop. While the two were talking, a German creeping artillery barrage started up, each barrage landing closer and closer to the hill. Both officers had a reputation for fearlessness and neither wanted to flinch in front of the other, so they ignored the approaching peril and carried on their chat until the barrage passed over them, leaving both men unharmed.

The battle, however, was not an amphibious attack, so Schulz’s post-World War II explanation is incorrect. The version accepted by the military today is that D simply stands for “day””and H for “hour.” While the phrases sound generic, their use, however, is pretty specific. Large, complex operations that take multiple days must be planned in great detail and comprise numerous dates and times for various actions and deadlines. If an operation starts early or late, as the Normandy invasion did due to bad weather, all of these times must be changed as well. Rather than setting every date and time in the traditional way and then possibly having to scramble to change it, the starting day and hour of the operation are simply designated D-Day and H-hour regardless of when exactly they would occur. All preceding and subsequent times are given relative to them. For example, D-3 means three days before and H+75 means 75 minutes after the operation commences. Numbers added to or subtracted from H-Hour could also represent hours. This way, last-minute changes in the schedule of the operation don’t force planners to rewrite every single document, nor others to use outdated texts with incorrect times. 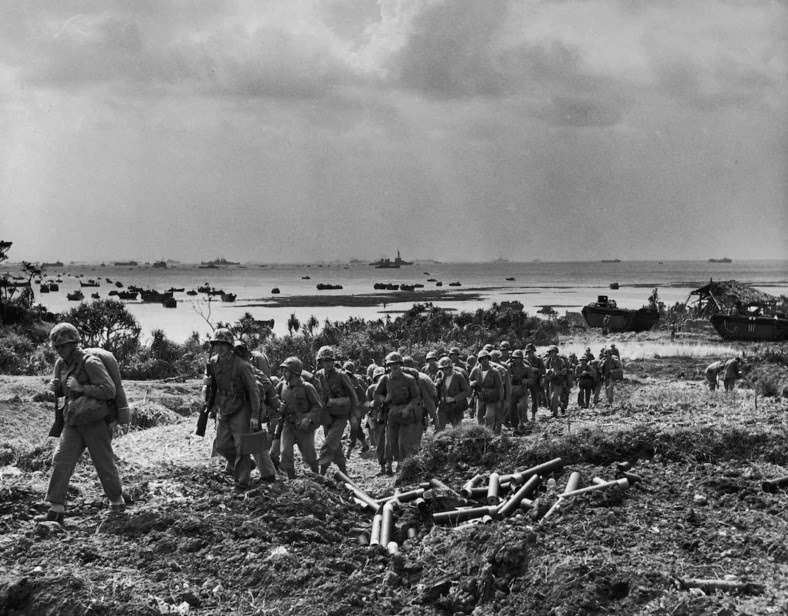 The terms D-Day and H-hour saw use numerous times until the most famous example, Operation Overlord. The invasion of Normandy, however, was such a major effort that its very existence caused a decline in the use of the phrases elsewhere. With so much effort, supplies, transport capacity and personnel tied up in the landing in Western Europe, other major operations in the same year received different codes for their starting times to avoid confusion. Thus, the October 20, 1944 invasion of the Island of Leyte in the Philippines started on A-Day, while the first day of the landing on Okinawa, on April 1, 1945, was L-Day, for “landing.” 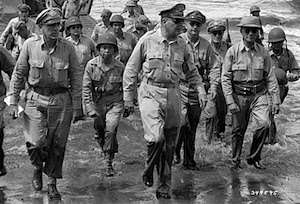 X-Day was planned to be the invasion of Japan on November 1, 1945, and Y-Day the invasion of Tokyo Plains on March 1, 1946 but these attacks never manifested due to the war ending. J-Day was used as a general term for the date of a specific assault in both world wars. Z-Day was the landing of Australian forces to liberate Brunei in North Borneo on June 10, 1945 and Q-Day was June 23, 1945 rehearsal for Trinity, the first atomic bomb test.

Check out these other WW2 Posts: