The failure of the Dieppe Raid in 1942 made it clear for Allied war planners that the Invasion of Normandy had to be prepared as thoroughly as possible. One important part of this preparation was Exercise Tiger, a nine-day secret live fire rehearsal held in April, 1944.

Exercise Tiger was held along the British coast at Slapton Sands in southwest England. The 3,000 civilian residents of the area, which was chosen for its similarity to the Normandy beaches, were evacuated beforehand without learning of the reason. The exercise was held by 30,000 troops from “Force U,” the American force slated to land on Utah Beach. Due to the need for secrecy about the upcoming invasion, most of the participating soldiers weren’t told the purpose of the exercise. In order to prevent discovery by German E-Boats (fast attack craft), a Royal Navy force of 2 destroyers, 3 motor torpedo boats and 2 motor gun boats patrolled the area, with another force watching the E-Boat base in Cherbourg, Normandy.

The first four days, starting from April 22, concentrated on marshaling and embarkation drills, followed by a naval exercise and the actual beach assault. LSTs (Landing Ship, Tank) loaded with troops sailed out to sea, took a circuitous route during the night to simulate crossing the Channel, then arrived at Slapton Sands just before dawn. It was this second part of the exercise that turned into tragedy. With the U.S. and U.K. militaries still declining to share some information up to this day, the order of some events is uncertain. What we know if that two unrelated incidents led to the death of hundreds of troops.

During the night, a convoy of eight LSTs were making their way towards the coast, traveling along a straight line in a single column. They were meant to be escorted by two British warships but one was damaged in an earlier collision and left for harbor, leaving the convoy’s defense to the corvette HMS Azalea. The same night, a force of German E-Boats departed from France, slipped the British ships on guard and came upon the exercise. Once the German vessels were spotted, a radio message was sent to warn the convoy. Due to a typographical error in orders, however, the radios onboard the American LSTs were tuned to a different frequency than the one used by the Brits and only the Azalea received the warning. The LSTs, dubbed Long, Slow Targets by their crews, didn’t even know they were under attack until the first torpedoes exploded under them with the E-Boat weaving in and out between the ponderous targets before getting away. Two of the eight transports were sunk, one was damaged by friendly fire and one was set on fire but managed to make it to shore, though only after losing over 120 men. 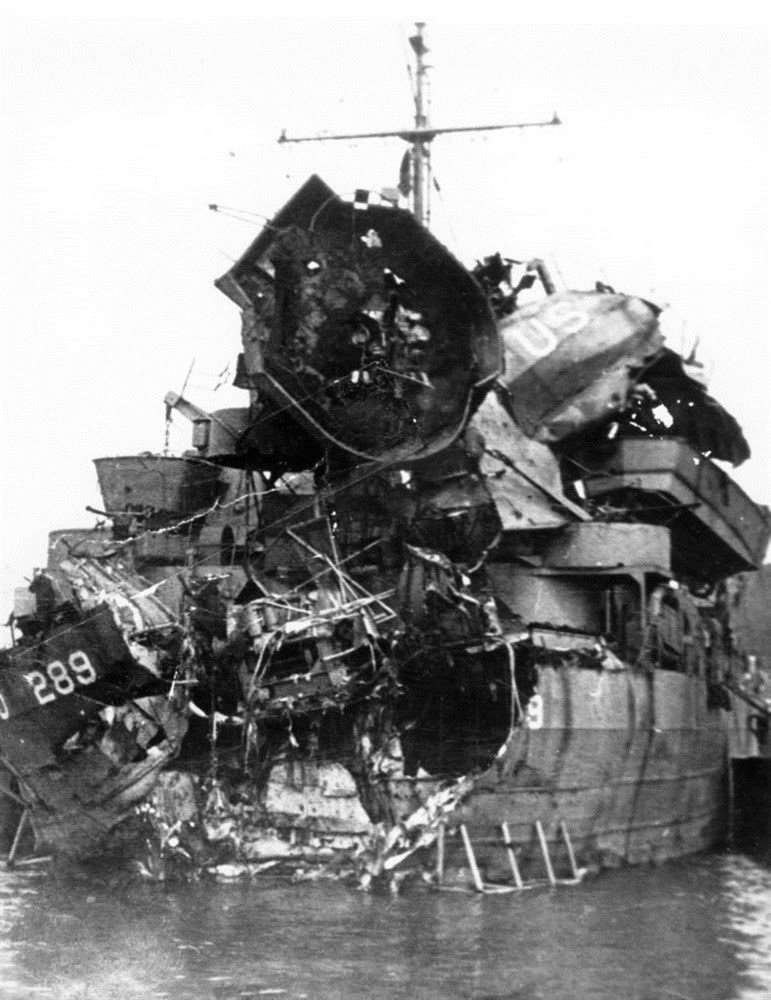 Hundreds of people went under with the LSTs and others jumped into the frigid waters. The men were not instructed on the proper use of their life belts and many wore them on their waist rather than under the arms. Many of these men, therefore, turned upside down and drowned with their heads held underwater by the weight of their equipment, while others froze to death in the four hours it took for rescue to arrive. According to one widespread estimate, 749 soldiers died that night. According to one survivor, “When we got back and then the light broke, you could walk across the dead bodies in the water.”Among the people lost were ten officers who knew vital information about D-Day. Allied planners were afraid that some of them might have fallen into German hands and Operation Overlord was at risk of being canceled until the bodies of all ten officers were found. 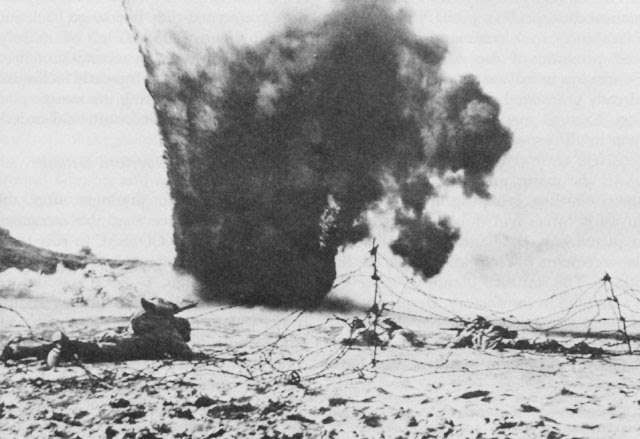 The German attack wasn’t the only thing to go horrendously wrong. More people died during a beach assault exercise either the preceding or the following morning. In order to make the operation realistic and acclimatize soldiers to the conditions they were to experience in Normandy, General Eisenhower decided that a live fire exercise should be incorporated to give the troops experience with the sight, sound and smell of actual naval bombardment. The plan called for a shelling of the beach for 50 minutes, ending just as the first wave of landing craft were to arrive at 7:30am, while soldiers inland were to fire live ammunition above the incoming assault force.

Several of the landing ships were delayed en route to the beach and U.S. Navy Admiral Don P. Moon, who commanded the exercise, decided to delay both the landing and the preceding bombardment by one hour to give them time to catch up. Some of the other landing craft, however, did not receive the message and stuck to the original schedule, their second wave hitting the beach just as the navy bombardment commenced. The exact number of casualties from the appalling incident are unknown but might have been as high as 450.

The catastrophic results of Exercise Tiger were kept a secret to prevent the loss of morale among the troops slated to participate in the invasion. Survivors, as well as local doctors, tending to the wounded were sworn to secrecy and information about the ill-fated exercise was suppressed for decades. Admiral Moon went on to direct the Utah Beach landing but committed suicide in August 1944. The case was blamed on combat fatigue. Corvette Captain Bernd Klug, the German officer leading the E-boot attack on the convoy, became an Admiral in West Germany during the Cold War. Local rumors of several hundred American soldiers being buried in secret mass graves have never been fully confirmed or disproven.