1939
Polish defenders of the Westerplatte at Danzig surrender after a week of continuous bombardment. 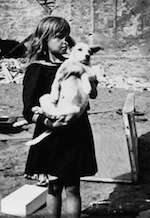 The Polish government leaves Warsaw for Lublin, while its forces surrounded at Radom face a hopeless situation.

At Bedzin, 200 Jews are burned alive in a synagogue by the Germans who charge Poles with the crime, and then execute 30 of them in a public square.

1940
RAF Bomber Command attacks concentrate on disrupting the German invasion effort. The Luftwaffe attacks London between dusk-to-dawn. 20 people are killed as an aerial torpedo hits an East End block of flats. Total casualties are estimated at 286 killed and 1,400 seriously injured.

1941
Leningrad is now completely surrounded after German troops close the land bridge at Schluesselburg. The Russians announce gains near Smolensk and claim eight German divisions have been beaten. http://www.youtube.com/watch?v=c2_JDehgVVA

1943
Eisenhower announces the Italian unconditional surrender. German reserves are rushed to Italy in the wake of the cease-fire between the Badoglio government and the Allies.

1944
The first V2 rockets hit London and Paris from mobile bases in Holland.

The U.S. Fifth Army launches an assault against the Gothic Line.

Korea is partitioned by the Soviet Union and the United States.