1940
The Luftwaffe bring to a close the third phase of their air offensive “Battle of Britain”, having lost 308 aircraft in the last 2 weeks. However, the RAF have suffered 273 fighter losses and suffered extensive damage to their airfields and ground control systems. The official start of the London Blitz is initiated by the Germans, as they intentionally bomb the capital.

King Carol of Romania abdicates the throne to his son, Michael and appoints Marshal Antonescu head of state.

1941
Germany announces that all Jews living in the country will have to begin wearing a Star of David.

Hitler’s War Directive No. 35 orders the capture of Moscow after the Ukraine operation has been completed.

The Japanese decide to be fully prepared for war by the end of October.

1942
The 4th Gebirgsjeager division of the 17th Army captures the Black Sea naval base of Novorossiysk, while six Axis divisions cross the Straits of Kerch to Taman. Heavy house-to-house fighting continues in the centre of Stalingrad.

1943
A conference of 48 Republican governors, senators and congressmen convene at the Mackinac Island resortÂ between the upper and lower peninsulas of Michigan under the chairmanship of Sen. Arthur Vandenberg to hammer out a post-war foreign policy for the party. The meeting discards the isolationist stance that Republicans adopted following World War I and adopts a cautious internationalism.

The United States asks the Chinese Nationals to join with the Communists to present a common front to the Japanese.

1944
Victory in the ‘Battle of London’ is proclaimed after 80 days of V1 bombardment with over 8,000 flying-bombs launched, with approximately 2,300 reaching London. 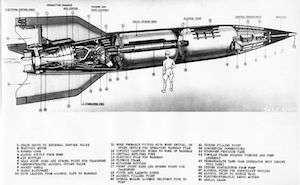 Germany launches first V-2 in combat, toward the Paris suburbs. The V-2 is the world’s first true ballistic missile.

The Russians occupy Turnu-Severin on the Danube in Romania and advance to the Yugoslav border. They also reach the eastern Carpathians.