1939
President Roosevelt declares US neutrality and upholds ban on export of weapons.

The US establishes Neutrality Patrol to monitor military operations in western hemisphere and declares Neutrality Zone 300 miles off east coast.

Under the relentless pressure by the Wehrmacht, the Polish Army withdraws behind the Vistula river, but the German troops gain bridgeheads on the opposite bank.

1940
An irate Hitler orders a new offensive by the Luftwaffe against Britain with no regard for the civilian population.

London is set as the primary target, after the RAF for the first time makes several night raids on Berlin, causing many civilian casualties. Air raids continue over Southeast England with a hospital in Kent being hit, killing 23 patients and two nurses.

US paratroops land behind the Japanese positions at Lae, surrounding about 20,000 Japanese troops.

1944
The US Ninth Army activated in France under Lieutenant General William Simpson.

The  First use of Douglas A-26 Invader light bomber in combat (by US Ninth Air Force in England).

The U.S. 3rd Army crosses the Meuse as the British reach Ghent.

The Russians declare war on Bulgaria.

A German-Hungarian counterattack in the area of Klausenburg in Romania fails. 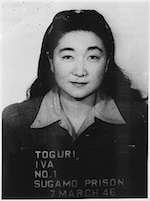 “Tokyo Rose,” Japanese-American Iva Toguri D’Aquino, is arrested in Yokohama for her radio broadcasts meant to demoralize US troops.