1938
Hitler and Mussolini sign a treaty creating the Rome-Berlin Axis. Mussolini agrees to let Hitler do what he pleases in Europe, while Hitler agrees to assist Italy if war breaks out.

1939
Poland formally surrenders, relieving the 35,000 besieged Polish troops who are defending the fortress of Modlin of their obligations thereby enabling them to surrender.

Nazis and Soviets divide up Poland.

1940
A British convoy, under heavy escort, sets sail for Malta from Alexandria. Admiral Cunningham hopes to provoke the Italians into a fleet action. The Italian fleet puts out to sea, only to return to port at Taranto prematurely without seeing action.

1941
Germans troops advance in strength, down in to the Crimea, forcing the Russians to fall back in to Sevastopol.

Brazil allows US Navy to use ports of Bahia and Recife for provisioning, refueling, and upkeep.

1942
German pressure in Stalingrad is again stepped up the 6th Army struggles desperately to clear Stalingrad. 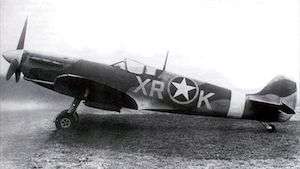 RAF Eagle Squadrons (American volunteers) are officially converted into the US 4th Fighter Group of the Eighth Air Force, flying Spitfires; the group will soon fly P-47s, then P-51s.

Seaplane from Japanese submarine I-25drops incendiary bombs in southern coastal Oregon, in an unsuccessful attempt to start forest fires, the second and last bombing of the US in WWII.

Liberty ship Booker T. Washington is launched at Wilmington, DE, the first US merchant ship named after an African-American and the first commanded by a black captain (Hugh Mulzac); the crew was integrated.

1943
The allies take Pompeii, between Salerno and Naples.

1944
The Canadians take Cape Gris Nez, Southwest of Calais and grant a 24-hour truce for Germans to evacuate civilians.