1937
In a speech given during a visit to Berlin, Mussolini assures the world;”There are no secret intentions in my visit. Nothing is being plotted”. 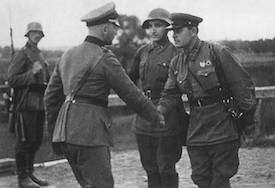 The last Polish resistance, the fortress of Modlin, falls after 18-day siege.

German and Soviet troops meet at Brest-Litovsk and together stage a military review. An agreement is signed affirming their common border lines in eastern Poland.

1940
The 26th night attack in succession on London.

The first of the recently purchased US destroyers arrive in Britain. 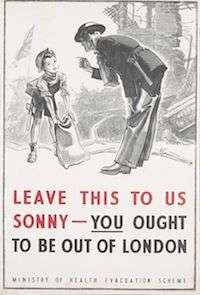 Britain renews call to evacuate mothers and children from London (489,000 evacuated by October 17).

1942
The US Navy Department claim 42 Japanese aircraft shot down in the Solomon Islands in last three days, with no US losses.

1944
An agreement between Tito and Stalin is reached in Moscow, which allows the Red Army to enter Yugoslavia.

The Red Army begin an offensive towards the Yugoslav border from Romania.

1945
The United States Office of Censorship is disbanded.