1939
60,000 Poles, all that remains of the Polish Southern Army surrender at Zamosz and Tomaszov.

Heydrich issues instructions to SS Einsatzgruppen (special action squads) in Poland regarding treatment of Jews, stating they are to be gathered into ghettos near railroads for the future “final goal.” He also orders a census and the establishment of Jewish administrative councils within the ghettos to implement Nazi policies and decrees.

1940
Over the past 17 days, British aircraft have sunk 12.5% of 1865 German transport vessels preparing for an invasion of England.

Wavell, orders planning to begin for a British counter-attack against the Italians, with the aim of driving them out of eastern Libya and capturing Tobruk.

1941
The German Army cuts off the Crimean Peninsula from the rest of the Soviet Union.

1942
RAF raids are conducted against Munich and the Saar valley.

The inter-allied information committee estimates that the Germans have so far, executed 207,373 people in occupied Europe.

1943
The Red Army forces a crossing of the Dnieper at Dnepropetrovsk, thereby breaking into the German Panther line.

Molotov insists on the resumption of Arctic convoys. 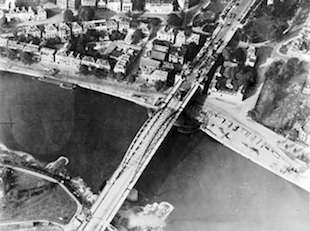 Polish paratrooper’s land between Arnhem and Nijmegen as the British force at Arnhem bridge is overwhelmed. Autumn rains impede the allied advance as the U.S. 85th Division takes Firenzwold.

1945
Ghandi, Nehru, and the all-India Congress Party demands that all Southeast Asia should be free of imperialist domination.