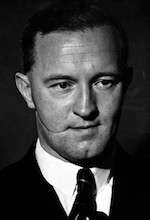 The conclusion of the battle of the Vistula bend, with the Wehrmacht taking 170,000 prisoners. Germans suppress a Czech rebellion. Lavrenti Beria, chief of the Soviet NKVD, sets up a Directorate for Prisoners of War and establishes camps for the 240,000 Polish POWs in Soviet custody; about 37,000 will be used as forced-labour.

Minister of Labour Ernest Bevin announces that by the end of August 51,261 men had registered as conscientious objectors.

1941
Lord Woolton calls the black market in Britain ‘a thorn in our side’.

1943
British Air Ministry says that Hamburg now lies in absolute ruins and is ‘probably the most complete blotting out of a city that ever happened.’

Germans are reported to have been forced out of Sardinia by the Italian resistance.

After several families who have returned to London are killed in V-1 rocket attacks, the British government orders women and children to remain in countryside evacuation centers.

The British advance from Belgium is now only two miles from the airborne forces at Nijmegen in Holland, but British paratroop forces dropped at Arnhem encounter unexpected heavy German resistance.

The Belgian Parliament meets formally in Parliament House, Brussels for first time since May 1940.

The Eighth Army occupies the Republic of San Marino, in Italy. 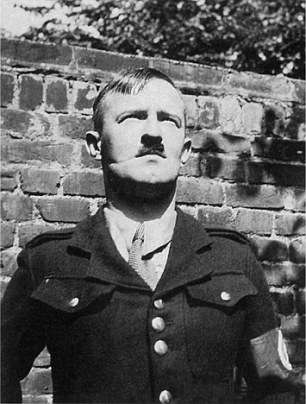 William Joyce (Lord Haw Haw) is sentenced to be hanged for treason.