1939
U39 attacks a battle group led by the Aircraft Carrier, HMS Ark Royal. She fires torpedo’s at the carrier, but these miss. 3 Destroyer’s of the Ark Royal’s escort, launch an immediate counter-attack against U39 and sink her with depth charges. U39 gains the dubious honour of becoming the first U-boat to be sunk in the war.

Off the Hebrides, U-39 attacks carrier HMS Ark Royalbut misses and is sunk by British destroyers Faulknor, Foxhound, and Firedrake, the first U-boat sunk in WWII.

Hitler again postpones operations ‘Sea-lion’. This time till the 27th September, the last day of the month with suitable tides.

Rommel launches a probing operation with the 21st Panzer Division towards Sidi Barrani in the belief thatÂ a British fuel dump was located there. The British forces begin to fall back.

1942
Counter-attacks by the Soviet 62nd Army in Stalingrad fails as the 6th Army renews its attack againstÂ Stalingrad. The Soviet 62nd Army is hemmed into a narrow strip of land no more than 10 miles at its widest and 4 miles as its narrowest. However, a shortage of troops meant that the 6th Army could only attack on very narrow frontages. Couple this to the fact that the 6th Army was fighting in built-up areas, meant that progress was slow and losses high. Even so, the 51st Corps advanced toward the inner city and the Central Station.

The Germans begin to evacuate Bryansk, some 200 miles Southwest of Moscow. 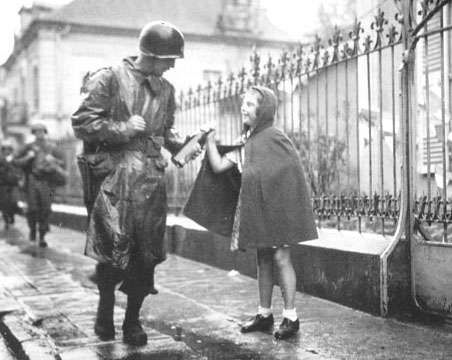 Russian troops reach the Vistula river in the Praga suburb of Warsaw, as planes drop supplies to the Polish Home Army which is trapped inside the city. Three Russian Baltic fronts launch an offensive with 900,000 men, 3,000 tanks and 2,600 aircraft against Army Group North which is forced to fall back to defensive positions around Riga.