Three German Army Groups begin the invasion of Poland at 4:45am. Massive strikes by the Luftwaffe destroy vital communications and assembly areas, decimating the Polish air force on the ground. Panzer and motorised divisions make deep penetrations into the Polish defences, using tactics soon to be known as the Blitzkrieg. Officially, the first shots of the war are fired from the 280mm deck guns of the vintage First World War Battleship Schleswig-Holstein. Under the guise of honoring the anniversary of the Battle of Tannenburg, the German Battleship, complete with a hidden cargo of Marine assault troops, was allowed by the Poles to anchor directly off the strategic island of Westerplatte, located at the mouth of the Vistula River in Danzig. At 4:47am, permission was given to the ship to open fire on the island, a strategic point on the Baltic Coast needed to support the troops advancing to the south. Shortly after 4:47am, the ship opened up its massive main guns, firing at near-point-blank range and zero elevation. Needless-to-say, the shells literally pounded the small island, but although the ships guns devastated the target, they inflicted minimal casualties on the Poles stationed within. When the Assault Marines hidden within the Battleship disembarked and launched their main assault on the island, they were repulsed after taking heavy casualties. Another assault was launched later in the morning, again by the Assault Marines, after more shelling from the Schleswig-Holstein, but this attack also ended in heavy German casualties. The Westerplatte would prove impossible to take on the first day of World War 2.

Britain and France, instead of immediately declaring war against Germany look to Mussolini who had proposed an international conference to revise the Versailles treaty terms. In Britain and France general mobilization declared.

Denmark issues a declaration of neutrality.

Lieutenant Wladyslaw Gnys of 2 Krakow Air Regiment shoots down two Dornier 17 Bombers. These were to be the first German airplanes to be shot down in World War 2.

Jews in Germany are forbidden to be outdoors after 8 p.m. in winter and 9 p.m. in summer.

1940
Destroyer Ivanhoe hits mine and sinks off Dutch coast, second to go down there in two days.

1942
A federal judge in Sacramento, Calif., upheld the wartime detention of Japanese-Americans as well as Japanese nationals. 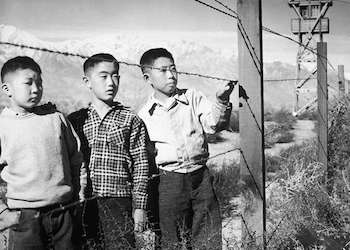 The Germans claim to have reached the Black Sea in the Caucasus, while units of the 1st Panzer Army form a bridgehead across the Terek river at Mozdok.

The war enters its fourth year. Four-fifths of the world’s population is actively involved in the fighting or under the occupation of the axis powers.

1944
The British XII Corps crosses the Somme and the Canadians liberate Dieppe. American troops of Patton’s Third Army take Verdun. American troops start their attack to capture the strategic port city of Brest which the Germans have turned into a fortress.

The British government announces that Gen. Bernard L. Montgomery has been appointed field marshal. While nominally a promotion, the new rank is meant to salve the blow to Montgomery’s pride at being superseded by Eisenhower as commander of the land battle in Western Europe.