1939
Heinrich Himmler made Commissioner for Consolidation of the German Race—to eliminate “inferior” people from the German Reich.

German advance on Moscow continues with the capture of Vyasma. Stalin lifts ban on religion in Russia to boost morale.

Japanese protest US embargo on vital materials as “unfriendly act.”

The U.S. Fifth Army is halted by German defenses along River Volturno, 20 miles North of Naples.

1944
The 20th Gebirgsjeager Army retreats towards northern Norway in the face of strong SovietÂ attacks.

A revolt by Jewish slave laborers at Auschwitz-Birkenau results in complete destruction of Crematory IV.

The Eighth Army resumes its attacks on the Gothic Line. The British reach Corinth, land at Nauplion and take the island of Samos. 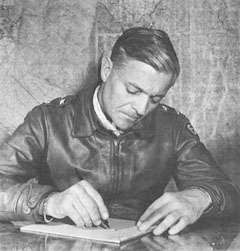 General Lucian Truscott assumes command of US Third Army, replacing Gen. George Patton, who has been transferred to command US Fifteenth Army due to his criticism of US “de-Nazification” program for German officers.

1949
Iva Toguri D’Aquino, better known as Tokyo Rose, is sentenced to 10 years in prison for treason.