1938
The German government orders all German Jews to have red J’s printed on their passports, in order to more easily identify and track them in the future. 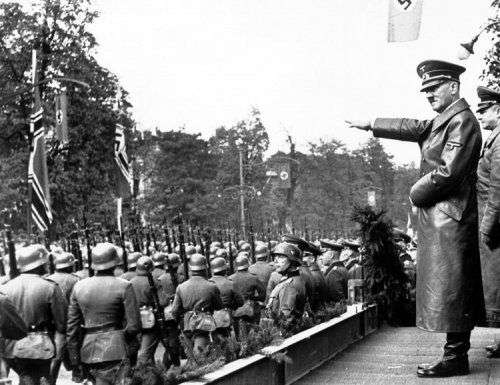 The US Navy Hawaiian Detachment opens at Pearl Harbor.

1940
US Naval Reserve and US Marine Corps reserve divisions and aviation squadrons are placed on call for active duty.

1941
Advancing in the southern Ukraine, Panzer Group 1 reaches the Sea of Azov.

1942
Himmler orders all Jews in concentration camps in Germany to be sent to Auschwitz and Majdanek.

1943
German troops complete the evacuation of the island of Corsica.

The first of two heavy raids by a US Navy Task Force against Wake Island, with 61 Japanese aircraft being reported as destroyed.

The First Baltic Front begins an offensive South of Riga to cut off Army Group North in Lithuania.

1945
Lt. Louis Zamperini (Unbroken) returns home, over two years after his plane ditched in the Pacific.