1939
Nazis begin euthanasia on sick and disabled in Germany.

1940
Mussolini and Hitler meet at the Brenner Pass. 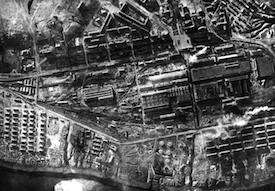 A Commando raid on Occupied Sark, in Channel Islands capture’s one German soldier.

The fourth German offensive begins in Stalingrad as the XIV Panzer Corps launches an attack in force to capture the Tractor Factory in the northern part of the city.

1943
Organised British resistance ends on Kos. The French complete their take over of Corsica.

Himmler talks openly about the Final Solution at Posen.

1944
German minister of propaganda Joseph Goebbels tells the German public that the Allies are launching an offensive in an attempt to end the war before the November election. The Germans, he says, must use guerrilla tactics, if necessary, to resist their enemies.

The Russian 46th Army is within 10 miles of Belgrade.

The British launch Operation ‘Manna’, and intervene in Greece, with 2nd Airborne Brigade landing at Patras. Other landings take on Crete and other Islands in the Aegean.