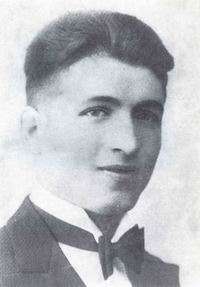 Italy attacks Greece after Greek rejection of three-hour ultimatum; Churchill promises ‘all the help in our power’. Hitler and Mussolini meet at Florence.

Cameron is replaced by Fadden as leader of the Australian Country Party.

1941
President Roosevelt approves the appropriation by Congress of an additional $6 billion in Lend-Lease aid to Britain and the Soviet Union.

Bolekhiv first aktion massacre – 1,000 of the leading Jews rounded up by list, tortured, and on the following day 800 of the surviving Jews, were shot or buried alive at a nearby forest. The re-discovered atrocities and testimony in 1996 lead to Patrick Desbois’s research on the German method of “One Bullet, One Jew” extermination in 1941 and 1942.

1942
The first transport from Theresienstadt arrives at Auschwitz.

1944
The Germans begin to withdraw into Walcheren.

Orders are given by the Germans and Quisling regime to evacuate the entire population of Finnmark east of Lyngen, and all houses and installations are to be destroyed. More than 10,000 houses are burnt, and 40-45,000 people are forced southwards. About 25,000 manage to hide, or escape during the operation.

The Germans begin to evacuate Albania.

The Red Army’s advance into the Goldap area of East Prussia is brought to a standstill by the tenacious resistance of 4th Army.

The last train transport of Jews to Auschwitz are gassed. These are 2,000 Jews from Theresienstad.

The first B-29 Superfortress bomber mission flies from the airfields in the Mariana Islands in a strike against the Japanese base at Truk.