1941
In a broadcast to the nation on Navy Day, President Franklin Roosevelt declares: “America has been attacked, the shooting has started.” He does not ask for full-scale war yet, realizing that many Americans are not yet ready for such a step.

The Russians launch numerous counter-attacks around Moscow in an attempt to halt the German advance. 11th Army forces a breakthrough at Perekop, thus opening the gate to the Crimean peninsula.

German Army Group South forces reach Sevastopol in the Crimea, but the tanks of the “Northern” forces are slowed or stopped entirely by mud.

1942
Wolfpack ‘Battleaxe’ attacks Convoy SL-125 (37 ships) which is sailing from Sierra Leone to the UK. The attack begins off the northwest coast of Â Africa, not far from Gibraltar and continues until the 31st October 1942. During this time 12 merchants (80,005 gross tons) are sunk and 7Â damaged. While the battle rages, the allies re-route all convoys associated with the ‘Torch’ landings in North Africa.

The Soviet 37th Army is defeated in Caucasus.

During the Second Battle of El Alamein, a counter-attack by the 21st Panzer-Division to push the attacking British forces back into the GermanÂ minefields fails, costing them 50 Panzer’s. This leaves the axis forces with just 81 operational tanks.

United States destroyers sink the damaged carrier USS Hornet to prevent her from falling into the hands of approaching Japanese ships. The HornetÂ has been in operation for only 371 days.

Field Marshal Von Kluge is invalided from command of Army Group Centre as result of a car crash.

1944
The Battle of Hürtgen Forest is developing. It will continue through October and November and have its last attacks in December. 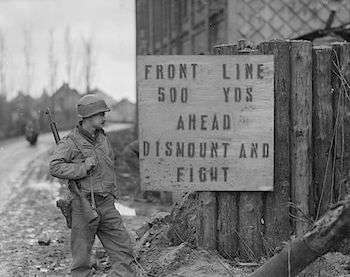