Benjamin O. Davis Sr. becomes the first black general in the US Army. 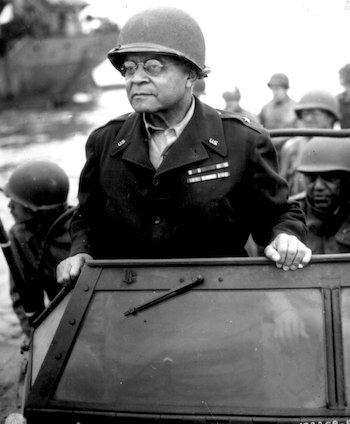 1941
US condemns Nazi practice of killing innocent civilians in reprisal for partisan activities.

Montgomery switches the attack to the North. Rommel breaks off his sick leave to take charge of the critical situation in which the axis forces now find themselves.

On Guadalcanal, Japanese attack Lunga perimeter and at the Matanikau River, but are repulsed.

1943
Burma-Siam “Death Railway” completed by Allied POWs and natives (93,000 killed in its construction).

1944
Russians troops take the German base of Kirkenes in Norway.

The Red Army completes its capture of Transylvania in northwestern Romania.

The Japanese are defeated in the Battle of Leyte Gulf, the world’s largest sea engagement. From this point on, the depleted Japanese Navy increasingly resorts to the suicidal attacks of Kamikaze fighters. By the end of the war, Japan will have sent an estimated 2,257 aircraft. “The only weapon I feared in the war,” Adm. Halsey will say later. 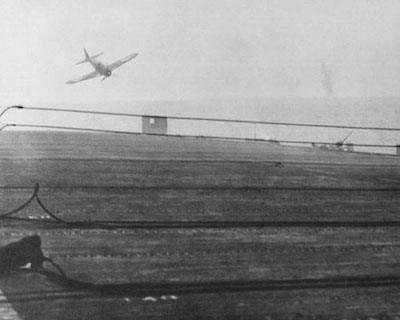