1938
In a move that increases tensions between the United States and Japan, the USS President Coolidge is forced to unload nearly $3 million worth of gold and silver before it is allowed to leave the Japanese controlled port of Shanghai.

1940
British Summer Time to be continued throughout winter.

Hitler meets Petain at Montoire, which leads ‘to agreement in principle of collaboration’, but Petain rejects the idea of a Franco-German military alliance.

1941
The Ukrainian city of Kharkov falls to the German 6th and 17th Armies of Army Group South.

The land battle begins in earnest around Henderson Field on Guadalcanal, with the elite Japanese 2nd Division being wiped out.

1943
An E-boat attack on a convoy off the Norfolk coast result in four E-boats being sunk and one British trawler.

The Red Army achieves a breakthrough on the Dnieper river and captures Melitopol.

1944
The aircraft carrier USS Princeton is sunk by a single Japanese plane during the Battle of Leyte Gulf.

Fifty black sailors are convicted of mutiny in the controversial Port Chicago case; after only 80 minutes deliberation, all 50 men given 15-year sentences

1945
Vidkun Quisling, Norway’s wartime minister president, is executed by firing squad for collaboration with the Nazis. 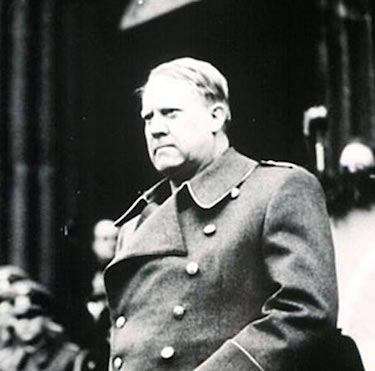 The United Nations formally comes into being with twenty-nine ratifications having been received.