1940
Hitler meets Franco, the Spanish head of state at Hendaye near the French-Spanish border. Franco declares ‘Spain will gladly fight at Germany’s side’, but remains non-committal regarding Spain’s entry into the war.

The RAF continue its attacks on Berlin.

1941
De Gaulle meets French Resistance and asks to spare the innocent and bide their time.

It is decided that British forces should make their main approach on Gondar in Abyssinia, from the direction of Adowa due to the better road conditions.

Nazis forbid emigration of Jews from the Reich.

1942
Mrs. Eleanor Roosevelt arrives in London for a three-week visit as guest of the King. 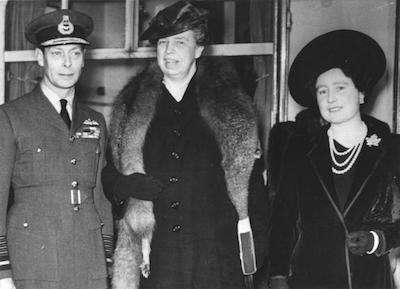 The battleship Tirpitz leaves Bogenfjord and moves south to Lofjord near Trondheim, where it is to be refitted.

The Second Battle of El Alamein begins with a 1,000-gun bombardment. The Eighth Army gains ground on a 6-mile front and repulses Axis counter-attacks.

The RAF launches bombing raids against the Italian cities of Genoa and Turin.

The previously undefeated Sandai division of the Japanese army suffers its first loss of the war whe it fails to capture Henderson Airfield on Guadalcanal.

1943
A German torpedo boat flotilla sinks the Royal Navy cruiser Charybdis and the destroyer Limborne in a Channel duel.

The decisive three-day battle of Leyte Gulf begins. The Japanese lose four carriers, three battleships, six heavy and four light cruisers, 11 destroyers, one submarine and some 500 planes, with approximately 10,000 sailors killed. The first organised use of Kamikaze’s by the Japanese are reported.