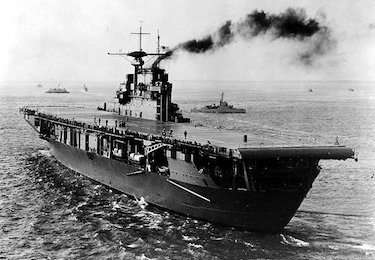 Germans massacre 2300 Serbians in Kragujevac in response to partisan killing of 10 Germans.

1942
US War Production Board orders stop to all non-essential civil construction projects.

1943
An allied agreement to set up UN commission on war crimes is announced in London.

A delayed-detonation bomb explodes at the central post office in Naples, Italy, injuring seventy-two people. When they retreated three weeks earlier, the Germans left behind scores of booby traps.

The Russian attacks from Bukrin bridgehead are bloodily repulsed.

A U.S. Navy PBY Catalina and an Japanese Navy Mitsubishi G4M (Betty) bomber exchanged fire off Attu. As the last air combat action in the Alaska Territory’s Aleutian Islands, the incident also marked the last combat fought in any of the fifty United States

The Belgrade Offensive ended in Partisan/Soviet victory when the capture of Belgrade itself was completed.

The Greek government-in-exile returned to Athens

The U.S. Sixth Army landings in the Philippines begin on the East Coast of Leyte, but the 60,000 men sent ashore encounter stiff Japanese resistance.

Gen. Douglas MacArthur stepped ashore at Leyte in the Philippines, 2 1/2 years after he’d said, “I shall return.” 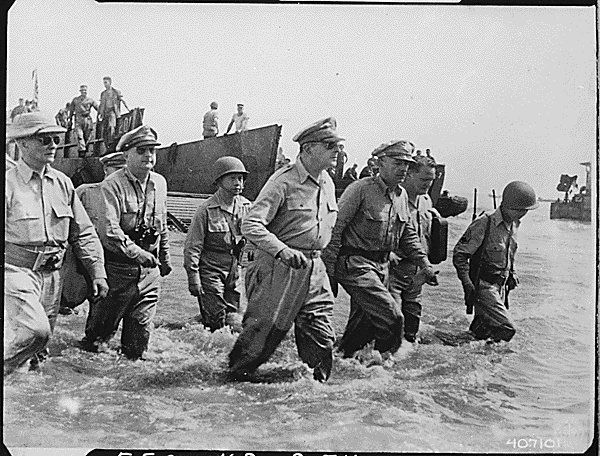