1939
The Russians prepare to hand over 30,000 Polish soldiers and refugees to the Nazis who respond with their own prisoner exchange.

The first Jewish ghetto is established in Lublin.

The advance by Army Group A toward the Black Sea port of Tuapse is halted due to difficult terrain and stubborn Soviet resistance.
After intensifying their raids during the early part of the October, German and Italian daylight bombing raids over Malta are finally suspended.

The drain on aircraft being sent to other fronts has left little alternative.

Vice Admiral William F. Halsey named as the new commander of the South Pacific Area, in charge of the Solomons-New Guinea campaign.

1943
Japanese troops go on a murderous rampage in China, burning to death the populations of several villages and forcing peasants to jump blindfolded off cliffs.

1944
The call up for the Volksturm begins in Germany, with all able-bodied men from 16 to 60 to be conscripted. German radio says 50,000 officers haveÂ been killed so far in war. Himmler becomes Commander-in-Chief, Forces of Interior.

Fourteen B-29s based on the Marianas attack the Japanese base at Truk. 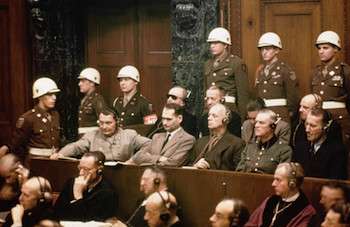