1939
A German air attack damages the British cruisers HMS Southampton, HMS Edinburgh and the destroyer HMS Mohawk in the Firth of Forth, in Scotland. 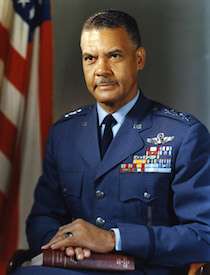 U-124 torpedoes and sinks the merchant ship Trevisa of Convoy SC-7 south of Iceland, 7 are killed. Convoy SC-7 (30 ships) is on the final leg of its journey from Sydney to Aberdeen, and is attacked by 7 U-boats in the North Atlantic between the 16th and 19th October. Losses amount to 20 ships for 79,646 gross tons. No U-boats were lost.

1941
Moscow now considered in real jeopardy. Following the evacuation of the Soviet government and diplomatic corps from Moscow to Kuibyshev, panic begins to spread among the civilian population, with thousands fleeing the city to places further east, but Stalin decides to stay. Odessa falls to the Romanians after a Soviet evacuation by sea. During the 2 month siege, the Romanians have suffered 98,000 casualties.

The Japanese are forced back by Australians at Templeton Crossing, New Guinea. The shelling of Henderson Airfield continues.

1943
Vatutin launches a 4-day breakout attempt from the Bukrin bridgehead south of Kiev. Koniev launches an offensive to cut off the First Panzer Army on Dnieper River.

Jews in Rome rounded up, with over 1,000 sent to Auschwitz.

The Red Army enters German territory near Goldap in East Prussia. Thousands of German civilians flee the area in panic.

U.S. Rangers land on islands in an approach to Leyte Gulf, in the Philippines.

1945
Peron returns to Argentine politics as a ‘strong man’.

1946
Ten Nazi war criminals are hanged in Nuremberg, Germany. These including the Fuhuer’s top military advisor, General Alfred Jodl. In a posthumous retrail in 1953, the courts rule that Jodl was involved only in regular military operations and clear his name of all charges.