1939
U47 (Kapitanleutnant Prien) sinks HMS Royal Oak at anchor in Scapa Flow, killing 883. U47 then escapes undetected and returns home to Germany.

The press in Germany declare Prien a hero.

1941
Army Group Centre wipes out the Russian pocket at Bryansk, but only capture about 50,000 prisoners. The rain and mud begins to impede the German advance, but German troops manage to capture Rzhev. Hitler orders that Moscow is to be enveloped, rather that assaulted directly.

Russian troops fall back in the southern Ukraine as the Germans make for the port of Rostov.

1942
Japanese bombard Henderson Field at night from warships then send troops ashore onto Guadalcanal in the morning as U.S. planes attack.

In the northern part of Stalingrad, units of the 6th Army advance in bitter fighting and surround the heavily defended Tractor Factory, following a series of devastating attacks (over 3,000 sorties) by bombers of Luftflotte 4.

Hitler orders halt in east except in Stalingrad and the Caucasus to prepare for winter defense.

1943
The US 8th Air Force delivers a heavy attack against the ball bearing plants at Schweinfurt. However, of the original force of 291 B-17’s, 198 are either shot down or damaged beyond repair, while the Luftwaffe has lost only about 40 fighter planes.

1943
German forces evacuate the Zaporozhe bridgehead on the eastern bank of the Dnieper river.

Massive escape from Sobibor as Jews and Soviet POWs break out, with 300 making it safely into nearby woods. Of those 300, fifty will survive.

Exterminations then cease at Sobibor, after over 250,000 deaths. All traces of the death camp are then removed and trees are planted.

Jose P. Laurel, a distinguished pre-war Filipino statesman, takes office as “president” of the Philippines after being elected by a Japanese puppet “National Assembly” on Sept. 25. Surviving two assassination attempts by Filipino guerrillas, Laurel’s government enjoyed little popularity. A general amnesty after the war spared him a treason trial.

1944
The British liberate Athens and Piraeus and also land on Corfu.

Russian troops and Yugoslav Partisans force their way in to Belgrade.

German Field Marshal Rommel, suspected of complicity in the July 20th plot against Hitler, is visited at home by two of Hitler’s staff and given the choice of public trial or suicide by poison. He chooses suicide and it is announced that he died of wounds suffered earlier from a strafing attack. 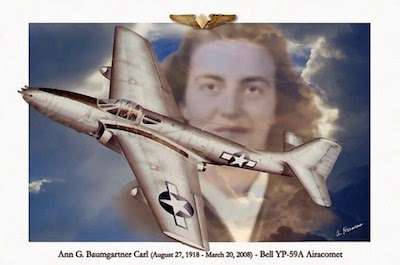