1939
In skirmishes along Maginot Line, French destroy 3 bridges over Rhine.

1940
14-year old Princess Elizabeth made her first public speech, a radio address to the children of the British Commonwealth. Her ten-year-old sister Princess Margaret joined in at the end.

1942
In the first of four attacks, two Japanese battleships sail down the slot and shell Henderson field on Guadalcanal, in an unsuccessful effort toÂ destroy the American Cactus Air Force.

First US Army troops land on Guadalcanal, the 164thInfantry Regiment, joining the US Marines.

Japanese submarine I-30 struck a mine near Singapore and sank.

The Russians regain some ground in Stalingrad, but at heavy cost.

First flight of the North American Mustang X with a Rolls-Royce Merlin engine, in Hucknall, England; the engine transforms the Mustang into a high-altitude, long-distance fighter. 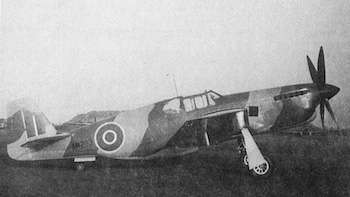 1943
The new Italian government of Marshal Badoglio declares war on Germany, with little effect. Nearly half a million Italian troops have been takenÂ prisoner by the Germans, who predict the Italians will switch sides after their surrender.

The whole of the New Georgia group of islands in the Solomon’s are reported in allied hands.

The American destroyer Bristol was torpedoed and sunk in the Mediterranean Sea off Algiers by German submarine U-371.

The German submarine U-402 was torpedoed and sunk in the Atlantic Ocean by an American Grumman TBF Avenger from the escort carrier USS Card.

1944
Russian troops capture Riga, the capital of Latvia as Army Group North withdraws in to the Kurland pocket.

The US secures Palau Islands in the Pacific.

The Australian Liberal Party is formed.

The Germans launched V-1 and V-2 flying bombs at Antwerp in an attempt to deny use of its crucial port to the Allies.

The Battle of Rovaniemi in Finland ended in German retreat.