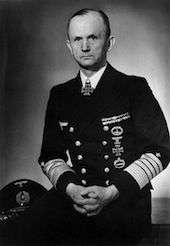 1939
In Germany, Karl Dönitz promoted to rear admiral and commander of the submarines.

British men between 20 and 22 are now liable for conscription.

British Prime Minister Winston Churchill during a radio broadcast described the Soviet Union as ”a riddle wrapped in a mystery inside an enigma”.

German troops enter the devastated city of Warsaw. The Polish garrison on the Hel Peninsula surrenders to the Germans after repeated attacks.

Petrol rationing is introduced in Australia.

The Soviet-British-US conference in Moscow concludes with a protocol being signed committing Britain and the USA to supply Russia with 400 aircraft immediately and 500 aircraft per month until the 30th June 1942. There-after the protocol would be renewable annually. Further, both countries undertook to deliver 41,000 tons of Aluminium immediately and 6,000 tons of rubber and 1,500 tons of tin per month. Food and medical supply’s were also included.

1943
The allies capture Naples, although the Germans thoroughly demolish its harbour facilities. Hitler orders a defense of Italy to the South of Rome.

The Australian Government releases men from the army and munitions industry for reallocation within the Australian war effort.

The Finnish Army makes an assault landing against German held Tornio, in Gulf of Bothnia.

Monte Battaglia in the Gothic Line is captured by the U.S. Fifth Army after a 4-day battle. The Red Army crosses the Danube into Yugoslavia.

A Secret Hungarian delegation arrives in Moscow to sign an armistice with the Russians.