1939
A bomb intended to kill Hitler explodes at the annual meeting of the veterans of the 1923 Nazi Putsch in Munich, but the FÃ¼hrer had already left the beer cellar. The German media accused Britain of orchestrating the assassination attempt on Hitler. Two British SIS agents, Major Richard Stevens and Captain S. Payne Best, are captured in Holland by the Germans.

1942
On the anniversary of the 1923 Beer Hall Putsch in Munich, Hitler tells his old comrades that Stalingrad is practically in German hands, adding that he didn’t want to take that city just because it happens to bear the name of Stalin.

1943
Hitler in his last speech to Nazi Party says “We shall go on fighting past 12 o’clock”. 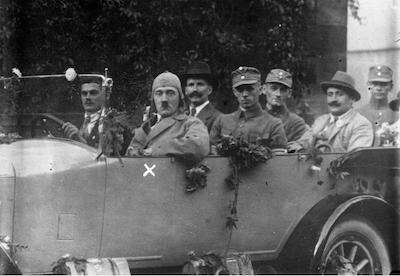 The Eighth Army gains the heights on the Sangro less than 100 miles East of Rome.

1944
For the first time in the history of the Third Reich, Hitler fails to appear in Munich to address “the Old Fighters” on the anniversary of the 1923 Beer Hall Putsch. Speculation mounts as Himmler reads a speech in the Fuhrer’s place.

25,000 Jews are forced to walk over 100 miles in rain and snow from Budapest to the Austrian border, followed by a second forced march of 50,000 persons, ending at Mauthausen Concentration camp.

Take a look at these WWII posts: