1939
The USSR forces Soviet citizenship on all residents of Polish territory under their control.

British and New Zealand troops under General Freyberg occupy the whole of the Greek island of Crete in the Mediterranean.

1941
Depleted by continuous savage fighting, blizzards and sub-zero temperatures, Army Group Centre’s offensive begins to grind to a halt as German units find it increasingly difficult to make ground. The Russians launch a counter-attack at Rostov-on-Don, forcing the German to evacuate the city and withdraw west towards the river Mius.

1942
Prime Minister Churchill warns the Italian government that RAF bombing of Italian cities will continue until Italy abandons the war.

1943
The Australians chase the retreating Japanese towards Wareo in New Guinea.

German spies William Colepaugh and Erich Gimpel are landed by U-1230 at Hancock Point ME, both are arrested by January 1, 1945. 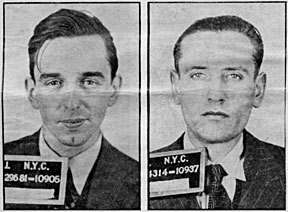 1945
Films of concentration camp atrocities are shown at the Nuremberg trials.

US War Department demobilizes enlisted men with three or more children under the age of eighteen.