1939
The Scharnhorst and Gneisenau put in to Wilhelmshaven after returning from their successful sortie in to the North Atlantic. 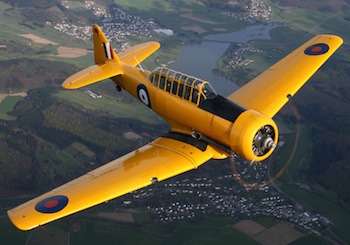 The British Admiralty decides to send the Battleship Ramillies and 2 Cruisers from the Mediterranean fleet to reinforce the Atlantic fleet. They are to sail to Malta with a supply convoy, link up with Force H and then sail onto Gibraltar. Just as the reach the rendezvous point, Ramillies, the 2 Cruisers, the Aircraft Carrier Ark Royal and 10 Destroyers are intercepted by Admiral Campioni’s squadron of 2 Battleships, 7 Cruisers and 16 Destroyers. However, as soon as the Battleship Renown from Force H joined in, the Italians withdrew with 1 Cruiser and 2 Destroyers damaged, while the British suffered damage to the heavy cruiser HMS Berwick.

1941
German Panzer’s only 19 miles from Moscow. Some armed patrols have penetrated in to the western suburbs of the city and managed to get a good look at the Kremlin.

The Tobruk garrison links up the New Zealand Division of the Eighth Army at El Duda. Rommel forces, now under constant attack by the RAF are forced to turn his forces around in order to deal with this new development. Gondar, the last Italian held town in East Africa surrenders to British forces after a tough battle. The Italian commander, General Nasi surrenders 23,500 men, while the British suffer 500 casualties.

Japan rejects the USA’s demand for their withdrawal of forces from China.

1942
Continuing their occupation of Vichy France, German troops take the naval base of Toulon.

Army Group Don under Manstein is formed to relieve Stalingrad.

The French scuttle 79 warships docked at Toulon as German troops enter the City, but four submarines manage to escape.

British troops are only 22 miles from Tunis.

1943
The British 8th Army begins an offensive across the Sangro river.

1944
The Red Army breaks through the German-Hungarian defensive lines and captures Mohacs.

The German ship ˜Rigel’ is sunk. Over 2,570 are drowned, most of them prisoners of war.

B29 bombers from Saipan again pound Tokyo, but this time the Japanese reply with raids against the U.S. airbases on Saipan.