The Nazis in control of Poland issue a decree requiring all Polish Jews over the age of twelve to wear white armbands emblazoned with a blue Star of David.

The Scharnhorst and Gneisenau intercept a convoy, which is escorted by the merchant cruiser Rawalpindi. The Scharnhorst sinks the Rawalpindi (killing 265 crew), which sacrificed itself in order that the convoy could escape. The British Home Fleet puts to sea in an attempt to engage the two German ships. However, both the Scharnhorst and Gneisenau have already headed for home. The Royal Navy recovers its first intact German Magnetic mine. These types of mines have been causing an increasing number of casualties to shipping, in and around the UK.

US celebrates Thanksgiving after Roosevelt moved holiday from last to second-to-last Thursday to extend the Christmas shopping season.

1940
The Romanian leader Antonescu agrees to joins the Tripartite pact.

Seven Italian Caproni BR20m bombers, flying from bases in Belgium, are shot down by Fighter Command during an air attack on the UK.

Southampton is hit badly by the Luftwaffe.

1941
German troops are now only 35 miles north-west of Moscow.

1942
The Russians claim 24,000 prisoners have been taken since the start of their counter offensive.

1943
The allies cross the Sangro in strength.

Berlin hit again by the RAF, making it the worst bombed city in Germany with 12,000 tons dropped on it this year alone.

United States forces seized control of the Tarawa and Makin atolls from the Japanese. 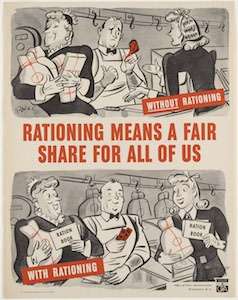 Butter rationing comes to an end, leaving sugar as the only item that continues to be rationed in the USA.