1941
All operational U-boats ordered to proceed to the Mediterranean or its approach.

Luftwaffe ace Werner Mölders killed in landing accident while a passenger on a German He 111 bomber, the first pilot in the world to achieve over 100 victories.

1942
The Soviet 4th Mechanized Corps from the south and the 4th Tank Corps from the north, join hands at Kalach on the Don, thus establishing the complete encirclement of the 300,000 men of 6th and 4th Panzer Army’s. The Russians report gains of up to 50 mites south of Stalingrad.

1943
German troops complete the occupation of the islands of the Dodecanese in the eastern Mediterranean.

The RAF give Berlin the worst pounding so far, with more than 2,300 tons of bombs dropped in less than 30 minutes for the loss of just 26 planes.

1944
Fighting in Metz is over but seven forts still hold out.

The RAF makes a second breach in the Dortmund-Ems Canal

1945
Thanksgiving is celebrated in America; Macy’s parade resumes after being cancelled 1942-44. 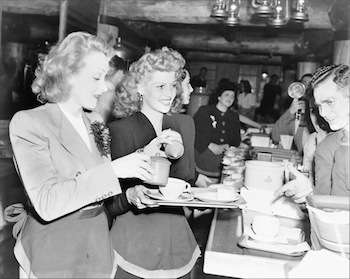