1940
Greek successes continue in northern Greece and Albania. The Italians are driven back across the Kalamas River.

The Luftwaffe launches a major raid against Birmingham, inflicting heavy damage in places.

1941
The Times newspaper’s report on Occupied Europe estimates that 82,000 Poles have been shot or hanged since Poland’s occupation by the Germans.

The cruiser HMAS Sydney and German raider Kormoran sink each other off Western Australia. There are no survivors from HMAS Sydney.

1942
The Red Army opens its winter offensive with a pincer movement round Stalingrad with the aim of encircling and destroying the German forces fighting in Stalingrad. The initial attacks by the Soviet 5th Tank Army from the north and the 51st Army from the south are directed against the exposed rear flanks of 6th Army and 4th Panzer Army held by the Romanian 3rd and 4th Army’s which are overrun and scattered. Russian gains in Caucasus are also announced.

Two RAF Horsa gliders carrying 34 British Royal Engineer Commandos, crashes in Norway en route to their mission of destroying the German ‘heavy water’ plant at Telemark. The survivors are captured by the Germans, questioned, tortured and shot, although they were all in uniform. 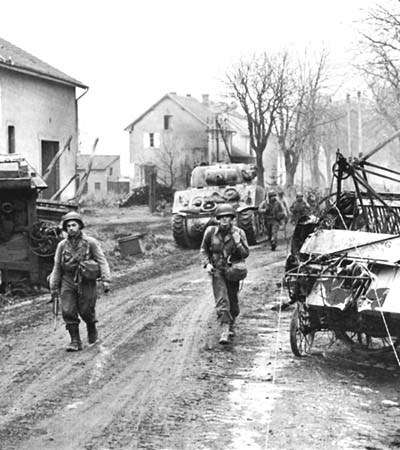 The RAF’s destruction of Drina bridge at Visegrad causes an 85-mile German traffic jam in Yugoslavia.