1939
The Supreme Allied War Council agrees on the co-ordination of British and French war production. It is also decided that if the Germans should invade Belgium, then both British and French troops will move forward in to Belgium to defend the Albert Canal, River Meuse and the River Dyle, which were strong positions from which to meet any German attack. However, the Belgium government refuses to allow Allied reconnaissance parties in to country for fear of provoking the Germans.

The funeral of Czech Jan Opletal becomes the occasion for a large student demonstration. The Germans strike back ruthlessly, sentencing nine student leaders to death, closing the Czech universities, and sending 1200 students to concentration and labour camps.

1941
German Luftwaffe general and World War I fighter-ace Ernst Udet commits suicide. The Nazi government tells the public that he died in a flying accident. 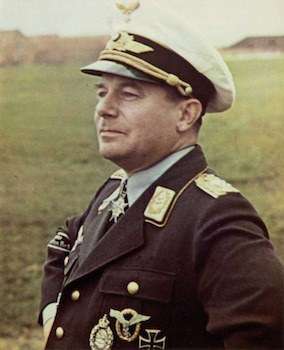 The Germans establish the post of Reichskommissariat Ostland under Alfred Rosenberg, to administer the recently conquered territories in the east. Siberian troops are heavily engaged in front of Moscow.

A British night commando raid on what is thought to be Rommel’s HQ at Breda Littoria in the Jebel Akhdar in Libya, fails when it is found to be only aÂ logistical HQ and that Rommel is away on a visit to Rome. Also, the SAS raid on axis airfields fails when the transport aircraft are blown off course by a sandstorm.

British paratroops engage German troops in Tunisia, while the first clashes occur between the newly landed U.S. and German forces.

1943
A storm of protest erupts in Britain over the release of Sir Oswald Mosley, the British fascist, on health grounds.

The Battle of Sattelberg began during the Huon Peninsula campaign in New Guinea.