Francis Sayre is sent to Tokyo for talks with Foreign Minister Arita. 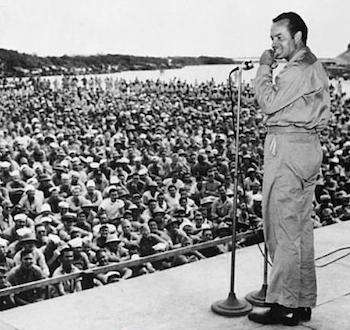 US Secretary for War advocates US Navy protection for British supply convoys.

Stalin declares himself ‘Chairman of the Council of Peoples Commissars’.

The last Brigade of the British 10th Indian Division arrives at Basra with its commander Major General Bill Slim. Axis aircraft begin to land at the Mosul airfield in northern Iraq.

B-17’s from Australia spot the Port Moresby Invasion Fleet south of Bougainville. They attack the Japanese Carrier Shoho but miss. Admiral Fletcher is now convinced that the main Japanese force would make for the Jomard Passage between Papua and the Louisiade Archipelago and so organizes his forces for the coming battle.

1943
Hitler makes one of his increasingly rare visits to Berlin for Viktor Lutze’s funeral.

1944
In India, British release Gandhi from prison on medical grounds – Gandhi opposed India supporting the British war effort without a promise for independence. He had been imprisoned since August 1942.

Breslau surrenders after an 82-day siege, during which the Russians inflicted 29,000 civilian and military casualties and took more than 40,000 prisoners.

All of Italy is occupied by the Allies.