The British Expeditionary Force is ordered to retreat to Dunkirk.

The British garrison of Calais rejects a German call for surrender.

15 French generals relieved of their commands.

1941
Bismarck escapes the Royal Navy’s pursuit and separates from the Prinz Eugen and makes her way towards Brest.

German Navy Chief, Admiral Raeder warns that US convoying of British war supplies would be considered an act of war.

The Germans decide to go on the offensive having now received substantial reinforcement through Maleme airfield on Crete. 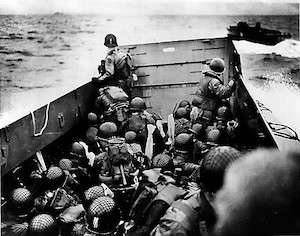 Andrew Higgins’s landing craft competes with Navy landing craft at Norfolk, VA; the Higgins boat defeats Navy boat in all categories and will be produced as the LCVP (Landing Craft, Vehicle or Personnel).

RAF Coastal Command refuses permission for their aircraft to take part in operation ‘Millennium’, which means that a shortfall of 250 aircraft is expected. However, by scraping up all the resources within Bomber Command, he manages to find the required 1000 bombers. 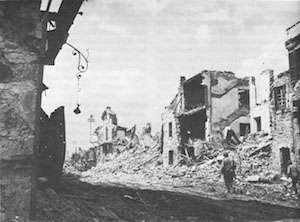 US VI Corps from Anzio joins US II Corps from Gustav Line near Littoria, Italy, tacking Cisterna in the process.

German paratroopers attack Tito’s Partisan HQ at Drvar in Bosnia on Tito’s 52nd birthday. Tito and Churchill’s son Randolph, both manage to escape in to the mountains.

1945
The U.S. Joint Chiefs complete the plan for Operation ‘Olympic’, which sets the date to invade the Japanese mainland as no later that the 1st November 1945.

The last major US B-29 fire raid on Tokyo. In the campaign, 50% of city has been burned. Imperial Palace is hit in the B-29 raid, and Emperor Hirohito and his family are nearly killed.