1940
Official announcement that British weekly butter ration will be reduced from 8oz to 4oz per head.

The German XX.Panzerkorps (Hoth) repels a counter-attack by French armored forces, destroying 125 out of 175 tanks. An attack by 6th Army (von Reichenau) against the Dyle line in Belgium is repulsed.

After the fall of Rotterdam the Dutch Army surrenders (10,000 casualties).

The German 20th Panzer Korps (Hoth) repels a counter-attack by French armored forces, destroying 125 out of 175 tanks. An attack by 6thÂ  Army (von Reichenau) against the Dyle line in Belgium is repulsed.

In Paris, panic breaks out over reports of a German breakthrough at Sedan with thousands of civilians fleeing the city for the west and south of the country, clogging the roads for Allied military traffic which is attacked by Luftwaffe bombers and fighter bombers.

RAF Bomber Command (Peirse) begins a strategic air offensive against targets inside Germany by attacking industrial installations in the Ruhr, but with minimal effect.

1941
Roosevelt tells Vichy France to ‘choose between Germany and US’.

Ernie Bevin says that he would not negotiate with ‘murderer’ Hess. It’s reported that the Dame of Sark has been deported to a German concentration camp as a reprisal for civil disobedience.

Announced that British losses in France and Norway were 13,250 killed and approximately 41,000 taken prisoner out of 437,000 men engaged. 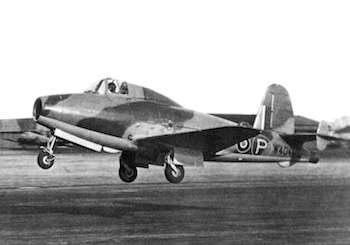 The British Army under Auchinleck, begins an offensive against the Afrika Korps and manage to recapture Halfaya Pass, Sollum and Capuzzo.

1942
Gasoline rationing goes into effect in the Eastern United States.

The Royal Navy Cruiser HMS Trinidad was attacked by more than twenty Ju-88 bombers as she was returning home after being damaged while escorting Convoy PQ-13 in March 1942.Â  All attacks missed, except for one bomb that struck near the previous damage caused by one of her own torpedoes during a previous engagement, starting a serious fire. Sixty-three men were lost, including twenty survivors from HMS Edinburgh which had been sunk two weeks earlier. The decision was taken to scuttle her and she was torpedoed by HMS Matchless and sank in the Arctic Ocean, north of North Cape.

British forces retreating from Burma reach the Indian frontier. General Stilwell crosses the border in to Assam in India.

1943
Stalin announces the dissolution of the Komintern, the Communist International working for world revolution.

1944
Beginning of deportation of Jews from Hungary to Auschwitz.

The Germans begin a withdrawal from the Gustav Line to new positions, called the Adolf Hitler or Dora Line, some 30 miles to the South of Rome.

A Japanese attack on Hunter’s Hill, North of Kohima is repulsed.

1945
The Axis Croation forces that surrendered to British troops in Austria are handed over to Tito’s partisans who without delay proceed to massacre them, killing a total of 110,000, including women and children.