1941
Hitler increases the pressure on Yugoslavia to join the Tripartite pact by inviting Prince Paul, the regent, to Berchtesgaden. Hitler demands that he allows German troops to pass through Yugoslavia for an attack on Greece. In return, the port of Salonika and part of Macedonia will be ceded to Yugoslavia.

The British start to transfer the first contingent of troops from Egypt to Greece. These are to be under the command of General Maitland Wilson. 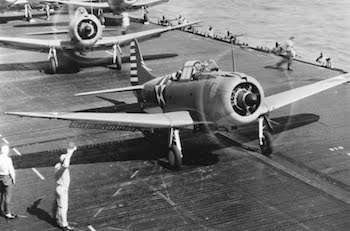 1944
Zhukov renews his attacks against the forces of Manstein’s Army Group South in the Ukraine.

The USAAF launch, but then cancel the first daylight heavy bomber raid on Berlin. However 29 aircraft fail to receive the counter-order and bomb the capital.

Convoy RA-57 (31 ships) sailing the Arctic route from the Kola Peninsula to Loch Ewe, is attacked off Norway. The steam merchant Empire Tourist is sunk by U-703 for 7,062 gross tons lost. However, the convoy’s escorts sink 3 U-boats en-route.

1945
The First Belorussian Front breaks through at Stargard and drives towards Stettin and also establishes a new bridgehead across the Oder to the South of Frankfurt.

US B-29 Superfortresses first land on Iwo Jima as an emergency field.