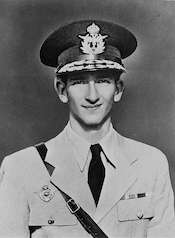 A coup in Yugoslavia by General Simonic and other army officers overthrows the pro-German government. King Peter takes control and a newÂ cabinet is formed. This upsets Hitler, who decides to delay his surprise attack on the Soviet Union in order to launch “Operation Union”, whose intent is the destruction of Yugoslavia.

British troops finally take Keren, although they suffer nearly 4,000 casualties in the process, while the Italians lose some 3,000 men. The  Italians are forced to withdraw towards Asmara. The 11th African Division captures Harar in Abyssinia after the Italians have declared it an Â ‘open town’.

Tokeo Yoshikawa arrives in Oahu, Hawaii, to begin spying for Japan on the U.S. Fleet at Pearl Harbor.

Under the Lend-Lease Act, US signs 99-year lease on British bases in the western hemisphere and approves $7 billion in aid to Britain.

1942
The British raid the Nazi submarine base at St. Nazaire, France

The start of deportation of French Jews to Auschwitz. 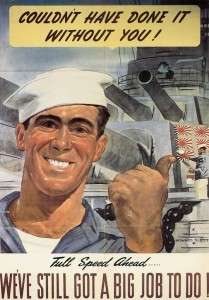 The United Stages Navy defeats the Japanese in thebattle of Komondorski Islands in Aleutians, the longest continuous gun battle in history of US Navy.

1944
Thousands of Jews are murdered in Kaunas, Lithuania. The Gestapo shoots forty Jewish policemen in the Riga, Latvia ghetto.

1945
General Dwight Eisenhower declares that the German defenses on the Western Front have been broken.

Bitter street fighting in Danzig as the Russians force their way into the City defences. A German counterattack from the Frankfurt bridgehead toward Kastrin bogs down after only a few miles.