1940
Germany requires car owners to donate batteries and requires church bells to be melted down. 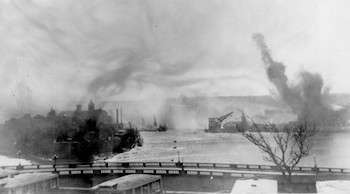 The British convoy, have escaped serious damage are approaching Malta. However, it is here that they come under concentrated air attack which sinks 1 freighter and damages another, although the other two freighters make it safely in to the port of Valleta. However, air attacks Â against the docks at Valletta made it very difficult to unload.

The Japanese occupy the Anadaman Islands in the Indian Ocean.

In the Battle of  El Guettar in Tunisia, US infantry manages to defeat German armor.


1945
The RAF launches a devastating raid (300 bombers) against Hildesheim near Hannover, a small city of little military and industrial importance.

The U.S. Third Army crosses the Rhine North of Worms, as the British Second and Canadian First Armies begin their assault across the Rhine above the Ruhr.

The Russian reach the outskirts of Danzig and Gotenhafen.

Colonel Benjamin O. Davis prepares to fly cover with the 332nd Fighter Group on a bombing mission over Berlin. Davis will later become the first African-American to be promoted to the rank of Major General 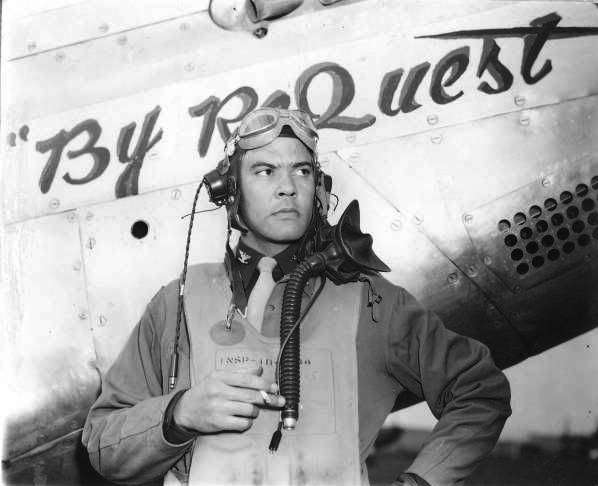