1940
Paul Reynaud becomes Prime Minister of France, with Edouard Daladier being made Minister of Defense and War.

1941
The last Italian post in East Libya, North Africa, falls to the British.

1942
In a repeat of Force H’s mission on the 7th March 1942. Sixteen more Spitfires are delivered to Malta. The Axis, now aware of the large British supply convoy sailing towards Malta, dispatches Admiral Iachino from Taranto with the Battleship Littorio and 4 destroyers. Admiral Parona also sets sail from Messina with 3 cruisers and 4 destroyers. 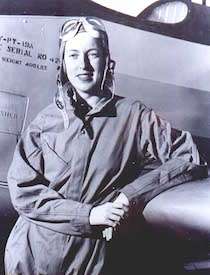 Hitler breaks his four-month silence with a Hero’s Day speech.

In Tunisia, US Rangers ambush Italians near Gafsa and take 1000 POWs.

1945
Units of the U.S. First Army advances from the Remagen bridgehead toward Siegburg.

The Russians capture Stuhlweissenburg in Hungary.

The US 8th Air Force launches a major attack (650 bombers) against Hamburg.

Japanese use rocket-powered Ohka kamikaze plane for first time, but cause little damage to US fleet.