1940
Finland capitulates conditionally to Soviet terms, but maintains its independence. The Finns have lost 25,000 killed and 45,000 wounded, while the Russians have lost an estimated 200,000 killed and an unknown number of wounded. 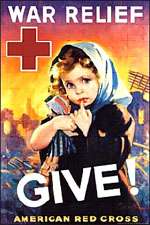 The Luftwaffe carries out a heavy raid against Clydebank, near Glasgow. 35,000 of the town’s population of 47,000 are made homeless.

Hitler issues an edict calling for an invasion of the Soviet Union.

1942
The Red Army launches a major attack against Army Group B from the Kerch peninsula in the eastern Crimea.

Three German spies in New York get a total of 117 years imprisonment.

Julia Flikke of the Nurse Corps becomes the first woman colonel in the U.S. Army.

Fifty aircraft equipped with Gee receivers attack Cologne. This is the most successful attack to date with the device; estimates put it is being five times more effective than non-Gee equipped aircraft.

1943
An assassination attempt is made on Hitler.

A Chinese counter-attack throws the Japanese back across the Yangtze River.

Japanese forces end their attack on the American troops on Hill 700 in Bougainville.

The Russians announce the capture of Kherson in the southern Ukraine.

1945
The 2nd Belorussian Front launches an offensive against the Braunsberg pocket to the South of Koenigsberg.

Following a 600-bomber raid by the US 8th Air Force, the RAF with 800 bombers attack Swinemünde North of Stettin, a major port of embarkation for German refugees from eastern Germany, causing heavy damage to the docks and killing hundreds of civilians.

A surprise armored thrust by the British in central Burma, cuts off 3,000 Japanese in Mandalay.