1940
An armistice is signed between France and Italy at Villa Indusa near Rome. 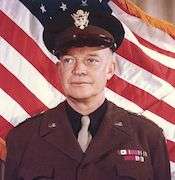 Major General Eisenhower arrives in Britain to assume command of US European Theater of Operations (ETOUSA), including North Africa.

The German, Italian and Croatian forces in Yugoslavia, begin another offensive against Tito’s partisan army.

The RAF launches its third 1,000 bomber raid, this time on Bremen. The Luftwaffe launches the first in a series of night raids against Birmingham.

The Germans advance into Egypt as the British retreat continues. Sollum and Sidi Barrani are evacuated by the Eighth Army.

1943
The RAF conducts a heavy raid on Elberfeld in the Ruhr.

1944
The Russians report major advances against Army Group Centre. Hitler orders all but one of the five German divisions of the 53rd Corps that are encircled at Vitebsk to fight their way out.

French forces begin to leave Italy to prepare for Operation Anvil, the invasion of Southern France.

In a bombing raid, British destroy the infamous bridge over the River Kwai in Thailand, built at great cost by slaves and prisoners of the Japanese.