1940
Roosevelt assures Reynaud that US aid will be redoubled.

Germans take Verdun. German forces of the 7th Army cross Rhine and break into the Maginot Line above Strasbourg. Weygand refuses to surrender French Army on its own. 30,600 British and Canadian troops are evacuated from Cherbourg, Brest and St. Malo.

The Red Army advances across the Lithuanian border.

The Communist Party of Australia is declared as illegal.

1941
German formation commanders receive confirmation of the date and time that the attack on the Soviet Union will begin. This is to be 03:30 on the 22nd June 1941. German Panzer units begin to move up to their final jump-off positions.

The British Army begins ‘Operation Battleaxe’ to relieve Australian held Tobruk and then advance towards Derna. However, they meet fierce counter attacks by the Afrika Korps and are unable to make any headway. 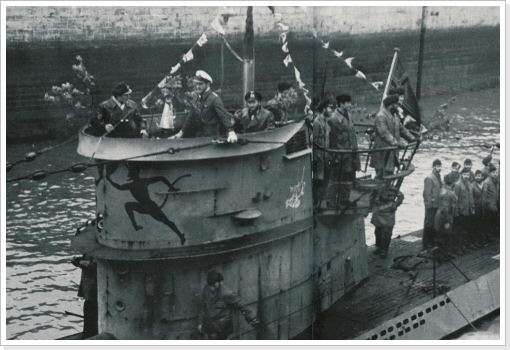 An Italian naval squadron intercepts the ‘Harpoon’ convoy and disables two British destroyers, as well as damaging the anti-aircraft cruiser HMS Cairo, although the the Italians lost a destroyer in the process. Axis aircraft then attacked and sank 2 freighters, the tanker Kentucky and 1 destroyer. Another Italian naval squadron had sailed from Taranto to intercept ‘Vigorous’, which reversed course in the face of this threat. While it was doing this, German E-boats moved in and sank a destroyer and damaged a cruiser with torpedo’s. At this point British torpedo aircraft from Malta attacked the Italian naval squadron, disabling a cruiser, which was later sunk by a British submarine. In the meantime ‘Vigorous’ turned towards Malta again, but further reports of the Italian naval squadron steaming south, forced another course reversal. German Stukas attacked the convoy at this point and damaged a cruiser and sank a destroyer. The Italian naval squadron moved now moved north, removing the threat to the ‘Vigorous’ convoy, but Admiral Vian commanding the ‘Vigorous’ convoy decided that he did not have enough ammunition left to resume his course to Malta and so continued back to Alexandria, during which U-205 sank the cruiser HMS Hermione south of Crete and Stukas sank another destroyer. However, as consolation, British aircraft did manage to torpedo the Italian Battleship Littorio, which spent the next two months under repair.

Admiral Chester Nimitz is widely criticized in Washington for not pursuing and destroying the damaged Japanese fleet after the battle of Midway.

1943
The German raider Michel sinks 2 ships off the west coast of Australia.

1944
Roosevelt outlines his plans for the post-war United Nations.

The second Finnish defensive zone is smashed by the Russians.

USAAF B-29s from China pound the Yawata steel works in the first land based air attack on Japan.

U.S. Marines meet strong opposition to their Saipan Island landing despite the heavy bombardment of the Marianas islands during past week. 3,000 US dead; 30,000 Japanese soldiers dead; 22,000 civilians commit suicide–Causes the downfall of Tojo. 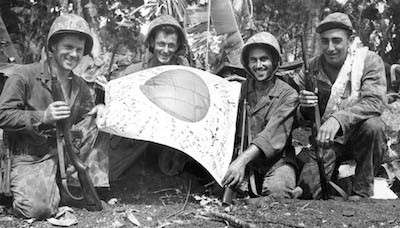