1940
Householders in possession of Anderson shelters must by law have them up and earthed by today.

Paris prepares for siege as the Luftwaffe pounds the city.

The RAF attacks Turin and Genoa with 36 Whitley bombers. 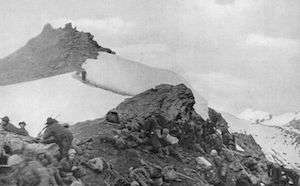 Italian troops invade France along Riviera and in Alps, but do not advance.

Italian planes bomb Malta in the first of 3340 air raids over the next three years. Paris is declared an open city.

The court-martial of a German army captain Michael Kitzelmann ends in Orel. Kitzelmann, who won an Iron Cross Second Class for bravery, has spoken out against atrocities being committed on the eastern front. “If these criminals should win,” he has told his fellow officers, “I would have no wish to live any longer.” Kitzelmann’s wish is granted. He is shot by a firing squad that day.

The United States and the Soviet Union signed a lend lease agreement to aid the Soviet war effort.

Simultaneous British convoys set sail for Malta from Gibraltar and Alexandria. The Gibraltar convoy (codenamed  Harpoon’), consisted of 5 freighters and a US tanker. It was initially escorted by a battleship, 2 aircraft carrier, 3 cruisers and 8 destroyers and was later reinforced by an anti-aircraft cruiser and 9 destroyers. The Alexandria convoy (codenamed ‘Vigorous’), had eleven freighters and was escorted by 7 light cruisers and 26 destroyers.

The US 8th Air Force raids the German naval base at Wilhelmshaven (200 B-17s), while the RAF attacks Munster and Dusseldorf.

1944
The US Fast Carrier Attack Force (TF 58) begins bombing the Mariana Islands in preparation for invasion.