Italy declares war on Britain and France, effective from the 11th June 1940. 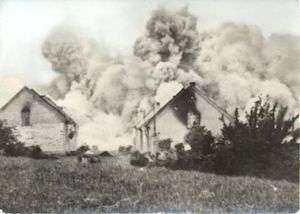 Prague radio announces the extermination of Lidice, a village of about 2,000. All the men were shot and women sent to concentration camps. All buildings are razed to the ground as a reprisal for Heydrich killing.

Another German offensive in the East begins as two German armies of 33 division, five of them Panzer, attack fromÂ Kharkov on the Volchansk Front, a massive assault that will roll on until the 26th,scattering the Russian forces ahead of them.

1944
German counterattacks against Allied invasion forces are unsuccessful for lack of armoured reserves in the area.

Troops of the 2nd SS Panzer Division ‘Das Reich’ massacre the inhabitants of Oradour-sur-Glane in France. 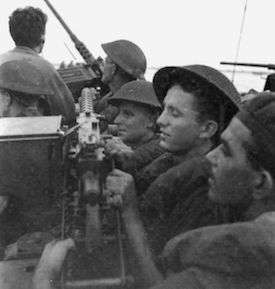