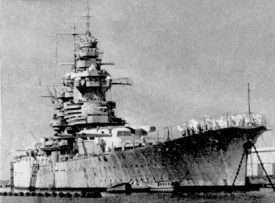 A French naval squadron that has sought refuge at Alexandria is disarmed and interned by the British Navy.

1941
Under the pretext of defending the western hemisphere against Axis incursions, the U.S. 1st Marine Brigade is landed in Iceland to relieve the British garrison that has been there since the previous year.

1942
Operation ‘Rutter’ is again delayed. The date for the attack is now postponed until the 19th August. However, General Montgomery calls for the attack to be cancelled because too many people know about it, but General Paget and Admiral Lord Louis Mountbatten and General Paget insist the attack should be mounted.

4th Panzer Army enter Voronezh, 150 miles to the east of Kursk. Army Group A begins its offensive in to the Donets Basin. The STAVKA (Red Army High Command) creates the Voronezh Front under General Rokossovsky and is to cover the widening gap between the Bryansk and South-West Fronts.

China makes a plea for the allied forces to make the Pacific rather than Europe the focus of action. The Chinese cite that they have been under attack by the Japanese since 1936, long before the European nations went to war.

The German forces engaged at Kursk are still unable to achieve a major breakthrough in the face of stiffening Soviet resistance, which is reinforced by the arrival of strong tank and infantry reserves. Lt. Hartmann of II/JG 52, downs 7 Soviet aircraft near Kursk, bringing his total since the start of the offensive to 22.

1944
450 heavy RAF bombers carry out a saturation raid (2,300 tons) on the German defenses in and around Caen. 1,129 USAAF bombers attack aircraft factories and oil plants in the Leipzig area.

Attacks by the US Seventh Army in the Carentan area of the Cotentin peninsula are blunted by violent German counter-attacks.